DALLAS - The Dallas police chief says there is improvement in the effort to reduce violent crime. He gave an update to city council members on Monday.

There are signs that crime is starting to trend downward, but there are some concerns about how long it’s taking officers to arrive on scene.

Councilmember Cara Mendelsohn points to city data comparing May of this year to the same month last year.

"I mean, these are some pretty shocking numbers to me," she said.

It reveals it’s taking officers roughly an extra minute to get to priority one calls where there’s reason to believe a threat to life exists.

The Dallas police chief says there is improvement in the effort to reduce violent crime. He gave an update to city council members on Monday.

"More than two hours increase for priority four calls. I mean I know that you’re addressing it, but I just think that these are such shocking numbers," Mendelsohn said. "This is a basic service. We expect to be able to call 911 and have people show up."

On top of that, the department says a week-long severe weather event in May lowered its service levels. Still, it says it’s working to make improvements. 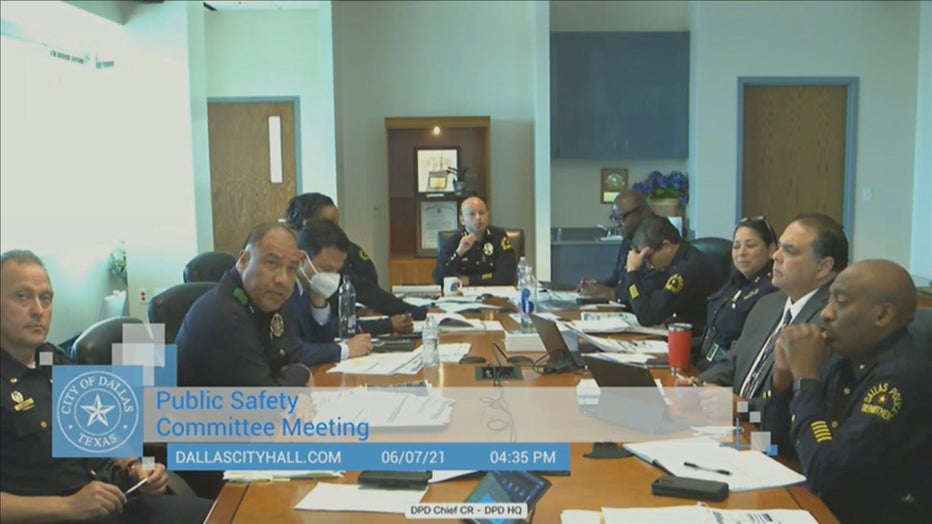 The chief says a combination of high-profile patrol, surveillance and arrests of repeat offenders is making the difference.

It's been one month since Chief Garcia implemented his crime reduction plan, and he says it's working.

"Obviously, we're not doing any touchdown dances but it's getting warmer," he said.

"We hope to be turning this trend if it hasn't started to already," he said.

On May 7, patrol officers began focusing on 47 city grids identified by DPD data and criminologists as having a high concentration of violent crime. Officers made 3,000 arrests and seized over 260 pounds of narcotics.

The chief says there has been an increase in sexual assaults. Each week, the command staff looks at the crime data to see which grids to focus on.

"We’ve got a lot of work to do," Garcia said. "But the rank and file the men and women are doing a tremendous job."

Dallas PD also says they’ve had success with a pilot program to tackle street racing. The city installed speed bumps at Botham Jean Boulevard and Forest Avenue in South Dallas last month and reflectors at Singleton and Bernal, which are the two hottest spots for street racing.

"We have not received any calls related to that nor have we seen any events pop up in those two locations," Garcia said.

Mata says the department's overtime budget for the year has already been exhausted. It's not a topic that was discussed during the public safety briefing on Monday.