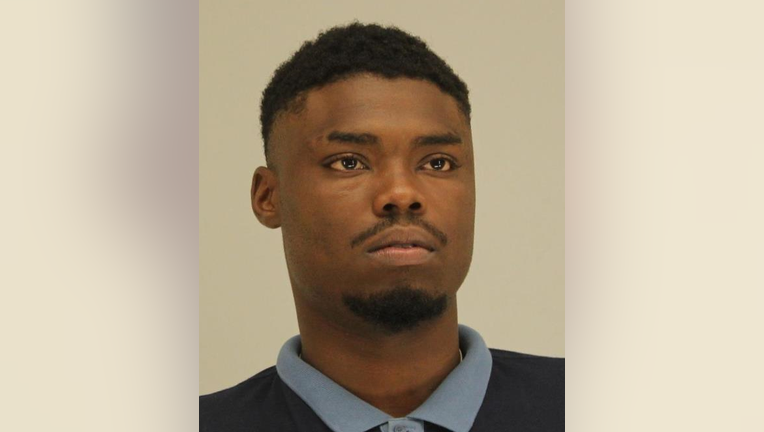 DALLAS - The man who police believe is responsible for the murder of a transgender woman in Dallas is now behind bars.

Neighbors reported hearing gunshots outside around 5 a.m., but there were no calls to 911.

According to an affidavit, detectives spoke with a witness, who said they knew Walker and saw him at the apartments the night Richey was killed.

The witness reported hearing gunshots at about 5 a.m., and looked outside to see Walker chasing after a woman and firing shots at her.

The witness recognized Walker by the clothes he was wearing and the ski mask he had over his face. The witness said Walker would regularly wear the mask.

According to the witness, Walker continued chasing the woman, and after catching up to her, stood over her and fired multiple shots while she was on the ground.

Investigators said what the witness described was consistent with the crime scene.

The witness also told investigators this happened because Richey was going to release a video that she and Walker were in together.

Detectives then found a post on Richey's Facebook that read: "Brand new video on my private snap in just a minute, Y'all have to see how nasty I got with this [explicit]."

On Facebook, friends described Richey as someone who always had a smile on her face and always tried to make others smile.

“She was one of those people who simply made your day better and it crushes me to think that the rest of her life was taken away,” said Mary Musser.

Walker is being held in the Dallas County jail on a murder charge. His bond was set at $900,000.