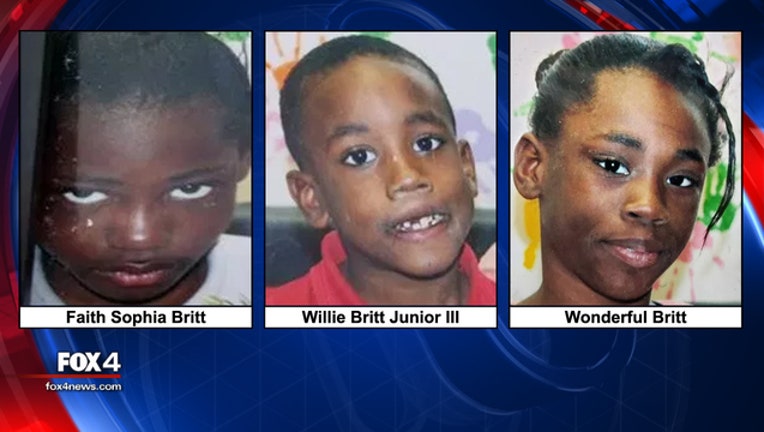 UPDATE - Dallas Police confirmed Monday night that all three children have been located. No additional details were given.

ORIGINAL STORY - Dallas police are searching for two critically missing kids who are believed to be with a runaway.

Police say 7-year-old Willie Britt Junior III and 9-year-old Faith Sophia Britt were last seen Sunday night around 8 p.m. at 330 East Camp Wisdom Road. They are believed to be with 12-year-old Wonderful Britt, who is considered a runaway.

Because of their ages, Faith and Willie may be a danger to themselves.

Anyone with information is urged to call 911 or the Dallas Police Department's Missing Person Unit at 214-671-4268.