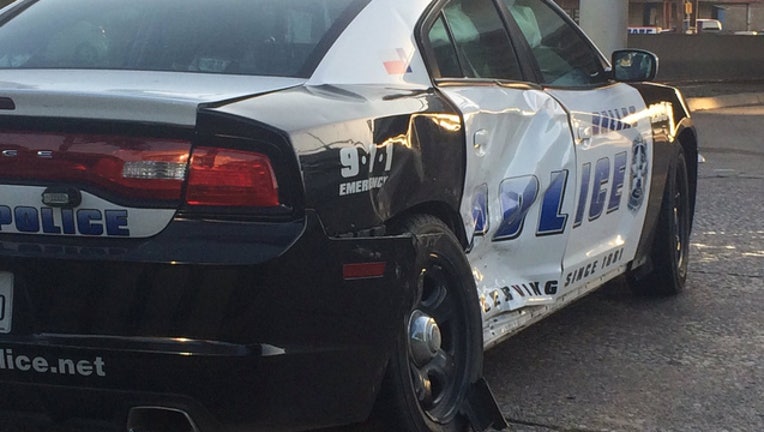 It happened around 4:30 a.m. as the officers were turning onto Lemmon Avenue from westbound Northwest Highway. Police said a car ran a red light and t-boned the squad car.

The officers and the driver of the other car were all taken to Parkland hospital. Police described their conditions as stable, but provided no other details.

It’s not yet clear if the driver of the other car will face charges.