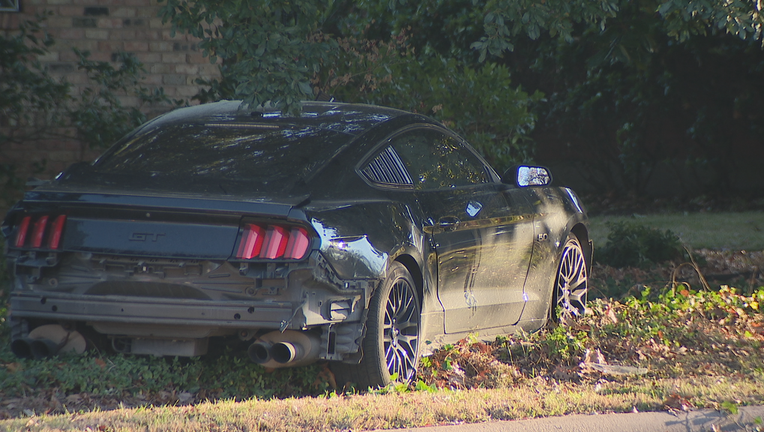 DALLAS - The Dallas police officer who crashed into a tree while speeding down Mockingbird Lane has died.

Officer George had been with the department for four years. He was assigned to the city’s northeast patrol.

He was off duty Sunday afternoon when home surveillance video captured video of what appeared to be his black Ford Mustang racing a white Suzuki.

He lost control of his car, hit a tree in front of a home and the vehicle burst into flames.

“Please keep his family and friends in your thoughts and prayers during this difficult time,” Dallas police said in a news release.

Police are still looking for the driver of the white Suzuki.