Dallas native and sprinter Sha'Carri Richardson said she's just a human, who can run a little faster than most, after it was revealed she failed a drug test ahead of the Olympics.

Dallas native and sprinter Sha'Carri Richardson said she's just a human, who can run a little faster than most, after it was revealed she failed a drug test ahead of the Olympics.

THC, the active chemical in marijuana, was found in her system.

Now, she's disqualified from competing in the 100-meter dash in Tokyo, and she may miss out on another event.

Richardson apologized for her actions. The news came after she qualified for the Tokyo Olympics during the trial in Oregon last month.

Friday, she confirmed reports that she tested positive for the active chemical in marijuana, leading to a 30-day suspension.

The prelims for the 100-meter dash happen one day before that suspension ends.

"To my fans and my family and my sponsor, to the haters to, I apologize," Richardson said Friday.

Richardson said she smoked marijuana as a way to cope with the loss of her mother who died a week before the trials.

She found out about her mother’s death from a reporter.

It happened in Oregon, where marijuana is legal, but it still violates rules for Olympic athletes. 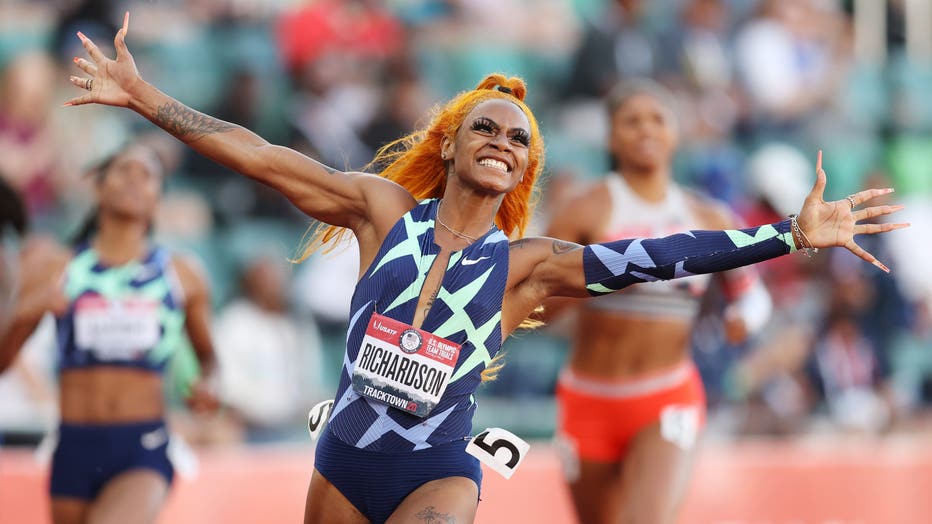 "All of these rules that have been adopted in the United States are hand down from the International Olympic Committee," said Michael Lyons, who is a Dallas attorney who represents multiple college football coaches.

Lyons said it’s hard to change anti-doping rules, to take out a drug that many would say doesn’t enhance performance, because, despite the changing attitudes about marijuana in the U.S., it’s not the attitude all over the world.

"I’ll be the first to say, I don't see how a sprinter will be advantaged by marijuana use. Be that as it may, the uniformity of these rules and its application across all athletes internationally is the bigger issue," he added.

The reaction to Richardson’s disqualification has been trending on social media, with many in support of the Dallas native.

The CEO of the U.S. Anti-doping Agency, Travis Tygart, released a statement Friday, saying, in part: "The rules are clear, but this is heartbreaking on many levels; hopefully, her acceptance of responsibility and apology will be an important example to us all that we can successfully overcome our regrettable decisions, despite the costly consequences of this one to her."

Richardson is a Nike athlete.

The company said in a statement Friday it appreciates her honesty and will continue to support her.

The 21-year-old said this is just a setback and she will continue to train.

"I just say don’t judge me, I am human, I am you, I just happen to run a little faster," she said.

It’s unclear if Richardson won’t be able to compete at all during the Olympics.

While she won’t qualify for her solo event, but the suspension ends in time to compete in the relay.