The city of Dallas has appointed a czar to oversee part of the response to COVID-19. The announcement came as the mayor also discussed ways in which it hopes to double the city's testing capacity.

DALLAS - The city of Dallas has appointed a czar to oversee part of the response to COVID-19.

The announcement came as the mayor also discussed ways in which it hopes to double the city's testing capacity.

Facets of the economy are beginning to open. But Dallas Mayor Eric Johnson says he believes added testing will be key in giving people the comfort to return to normal.

The city of Dallas says Dr. Kelvin Baggett will now serve as the COVID-19 health and healthcare access czar. He's a healthcare executive and physician with a degree in public health.

“We have to make sure all of our communities have access to testing, that we are effectively conducting contact tracing and that our residents have access to healthcare,” Johnson said. 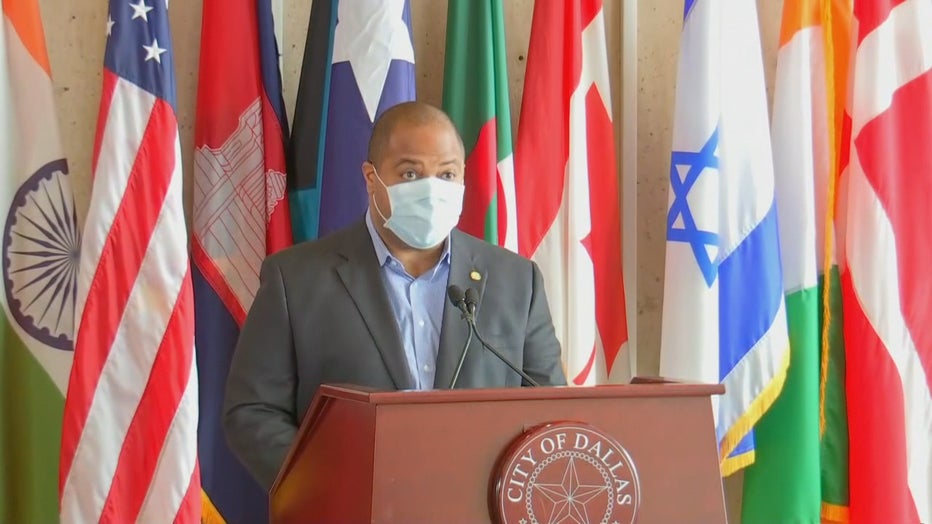 To that end, the city is also looking at additional ways to ramp up testing.

On Wednesday, the city council will consider a contract. If approved, it could provide 60 mobile tests a day. It would target zip codes with the highest number of cases.

“It is our hope that this additional testing will fill the void for those individuals who do currently not have the means to travel to a testing site,” said Dallas Asst. City Manager Jon Fortunate.

The city says right now nearly 2,000 tests can be conducted in Dallas daily. But it wants to reach at least 4,000. The city says about 800 to 900 are conducted daily by private labs.

Currently, another 1,000 daily tests are provided by the federal government, which supports community testing sites at the American Airlines Center and Ellis Davis Field House. Those sites are open for anyone who fits the criteria, regardless if they live in Dallas.

But the federal government's agreement that allows for the testing expires at the end of the month. Monday, Dallas County Judge Clay Jenkins said it could come to an end.

“They are pulling back from testing at the end of this month,” he said. “But we are going to find ways to keep that going.”

On Tuesday, Representatives Colin Allred and Eddie Bernice Johnson sent a letter to federal agencies urging for continued testing. Dallas officials are hopeful it will be extended.

“There’s nothing that the federal government has done to make us think that they’re not going to or that they are, at this point,” said city spokesperson Tristan Hallman. “It’s just that we’re looking down at the end of the month and trying to plan ahead.”

The mayor says only testing can give people the knowledge to be comfortable in returning to normal and restoring the economy.