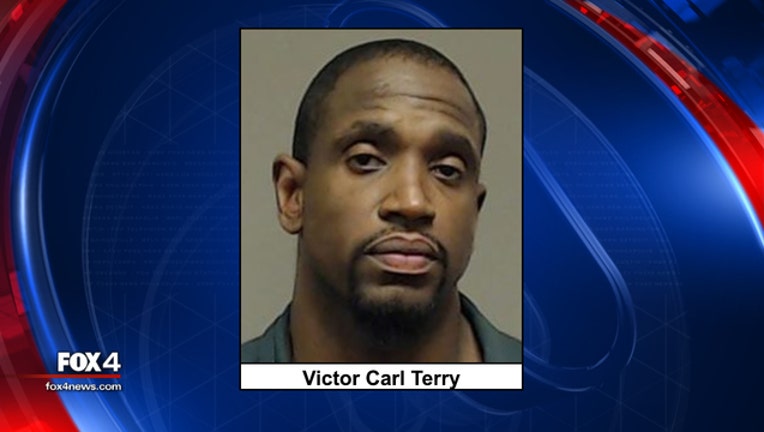 MCKINNEY, Texas - A 37-year-old Dallas man who pleaded guilty to robbing a relative after stabbing her multiple times, then attacking a detention officer while he was in jail, will spend the next 40 years in prison.

Victor Carl Terry was given a sentence of 40 years in prison for aggravated robbery, and a 20-year sentence for assault on a public servant. Those sentences will be served concurrently.

These charges go back to an incident in June 2018, when Terry lived with an elderly relative in McKinney.

Terry pleaded guilty to stabbing his relative eight times, before stealing her laptop, phone, and tablet. He then fled the scene in a stolen vehicle.

The victim did survive the attack.

Police were able to arrest Terry two days later, and found the knife used in the attack, along with drugs.

While he was awaiting trial in the Collin County Jail, Terry attacked a detention officer, who suffered a fractured jaw after being punched several times.

The judge then handed down the 40-year and 20-year sentences for Terry.