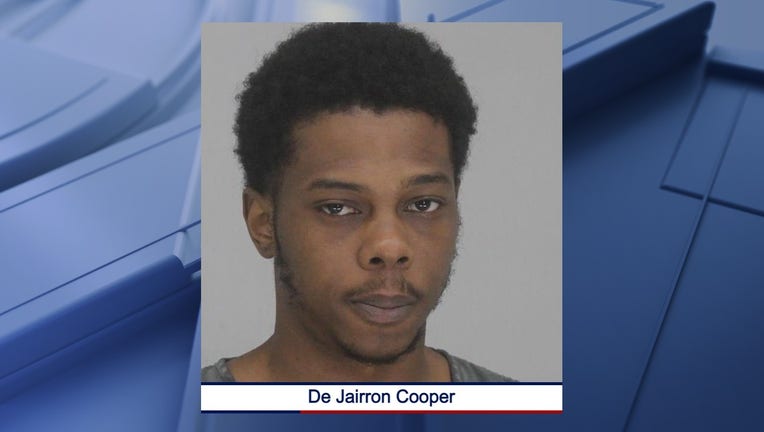 Officers found 50-year-old Adrian Cole dead near the front door of an apartment on Terrell Street early Friday morning. He had been shot multiple times.

According to an arrest warrant affidavit, a witness in the apartment told the officers Cole’s stepson, 22-year-old De Jairron Cooper, was the shooter.

Police said Cooper returned to the crime scene armed with a handgun while the officers were still there. They took him into custody for questioning.

The affidavit states Cooper admitted to the shooting. He said his stepfather had shown up at the apartment overnight and began banging on the door.

Cooper told police Cole and the witness got into an argument. He said he shot Cole two times because Cole became aggressive and grabbed the witness’s arm, the affidavit states.

Cooper was arrested and booked into the Dallas County jail. He’s now charged with murder.