The small home and former filling station was built while Barrow was in prison in the 1930’s. He later used it to plan his robberies after he and Bonnie Parker became outlaws.

DALLAS - The city of Dallas is now considering whether properties connected to the notorious outlaws known as Bonnie and Clyde should be preserved.

The debate started after a developer bought the family home of Clyde Barrow in West Dallas. The Landmark Commission voted Monday to start the process of determining if the home should be saved and how. That means nothing can happen to the structure for the time being.

The history the home represents is certainly in the bad and ugly category.

“Bonnie and Clyde came at a time when people lost faith in institutions and they went off the deep end,” said Tim Dickey, Dallas resident

The small home and former filling station was built while Barrow was in prison in the 1930’s. He later used it to plan his robberies after he and Bonnie Parker became outlaws.

“The Bonnie and Clyde filling station is a huge part of our history,” said George Castro, West Dallas resident. “With all the gentrification we have going on they are wiping away the little history we have left.” 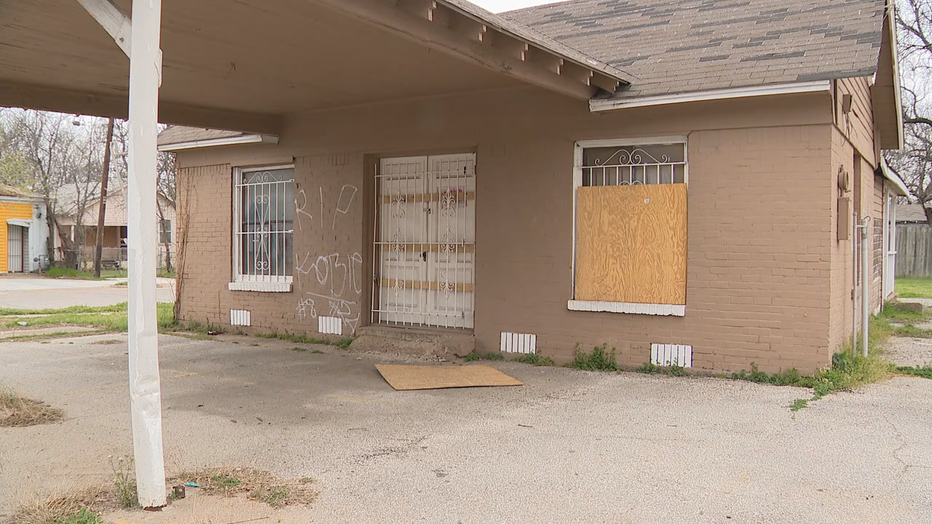 He says he did not anticipate this kind of reaction from the community.

“Previous owner never approached after decades of owning. 30 days after I purchased, I was approached,” Jackson said.

The exploits of Bonnie and Clyde were glamorized on paper and the big screen over the decades. As part of Monday’s debate, one landmark commissioner argued preservation would help give context to the couple’s crimes.

“With this preserved would be best possible place to ask why on earth did people who did bad things get famous and revered?” said Evelyn Montgomery, Dallas Landmark Commissioner.

Only one commissioner voted against starting the process to consider preservation, pointing out the burden on the developer.

“Us sitting here creating a process that considers this for multiple years is a large step for us to take and put on him,” said Katy Slade, Dallas Landmark Commissioner.

The home where Barrow killed Deputy Malcom Davis is also in West Dallas. The vote on whether to begin a landmark designation for that property was postponed until next month. It’s owned by a non-profit that operates a community center on the property.