Dallas ISD's new superintendent, Dr. Stephanie Elizalde, said she has hit the ground running and is looking forward to a great first year. Good Day asked her to talk about her plans and weigh in on topics like school security and teacher shortages.

DALLAS - The Dallas Independent School District has a new leader after 13 years over two stints under Dr. Michael Hinojosa.

"I am pumped. I’m excited. We have so much support," she said. "We’ve had two first day of schools and we’re looking forward to our third one coming up on Aug. 15."

FOX 4 talked to Dr. Elizalde about her plans for the year and how her leadership will differ from Dr. Hinojosa’s.

"I think the best way to describe it is of course I worked for Michael Hinojosa for almost five years, and I’ve learned a lot from him. And he also taught me to learn from the best and always be yourself," she said. "So, my goal is of course to have taken the best from Michael Hinojosa and to continually improve. So, I don’t think there is going to be a lot of differences. I think most of this is about learning from our team and moving forward and building on the success." 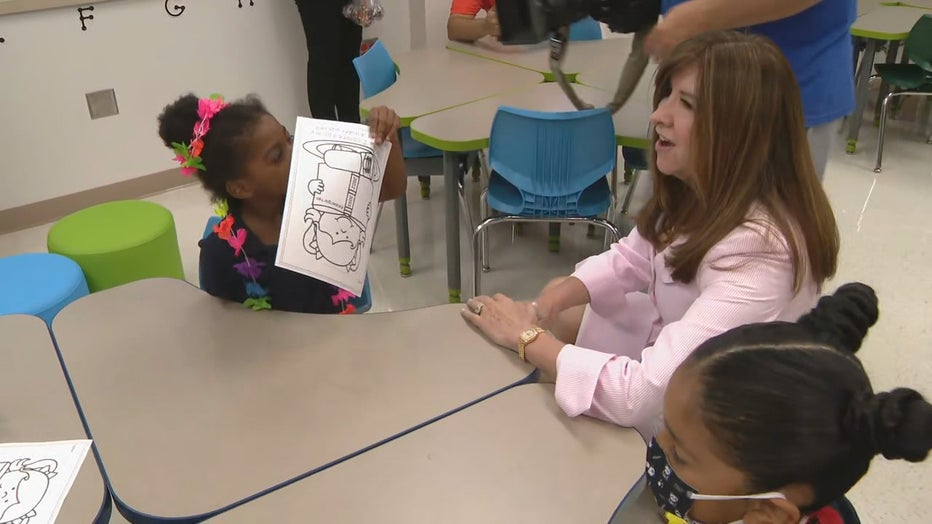 Teacher shortages have affected many school districts in the state, but Dallas ISD is starting the year with nearly all positions filled.

Elizalde said there are currently fewer than 200 teacher vacancies in Dallas ISD. That number is actually lower than what it was before the pandemic.

"For a school district with 5,000 teacher positions, we’re in really good shape. That’s over 98% fill rates," she said.

"The board along with Dr. Hinojosa and the team have invested over $100 million thus far in upgrades whether we’re talking cameras, entering vestibules, weapon detection, See Something Say Something, anonymous tip lines, mental health. There’s just a myriad of things that we’ve done that we’re going to continue to do," she said.

RELATED: Back to School: New school safety efforts in place at Dallas ISD

Elizalde also wants parents to know that the district is listening. She encouraged anyone with concerns to talk to their principal.

"If there is something else we can do to improve safety, we will do so," she said.