A packed house heard the superintendent share the hurdles the district has overcome, those they still face and his hopes for the district's future.

DALLAS - Dallas ISD Superintendent Dr. Michael Hinojosa shared some of the district’s achievements for the year and talked about focusing on the future in his annual “State of the District” address.

A packed house heard the superintendent share the hurdles the district has overcome, those they still face and his hopes for the district's future.

Beyonce's “I Was Here” set the atmosphere for the superintendent’s address, with the theme of “Transforming Dallas ISD.”

“We're on quite a journey and it’s because of the support that we're getting from all of you,” Hinojosa said.

“And in one year -- same kids, same neighborhood, same parent -- it went to a B school,” he said.

The superintendent announced new initiatives, with DISD planning to start some afterschool-care pilots for infants and toddlers.

He hinted at the largest bond package in school history -- around $3 billion.

“Booker T is so popular we've created a digital and technology arts creative high school that’s going to complement it and were going to try to put in the old Adamson [High School] if we can get a bond passed around here,” Hinojosa said. 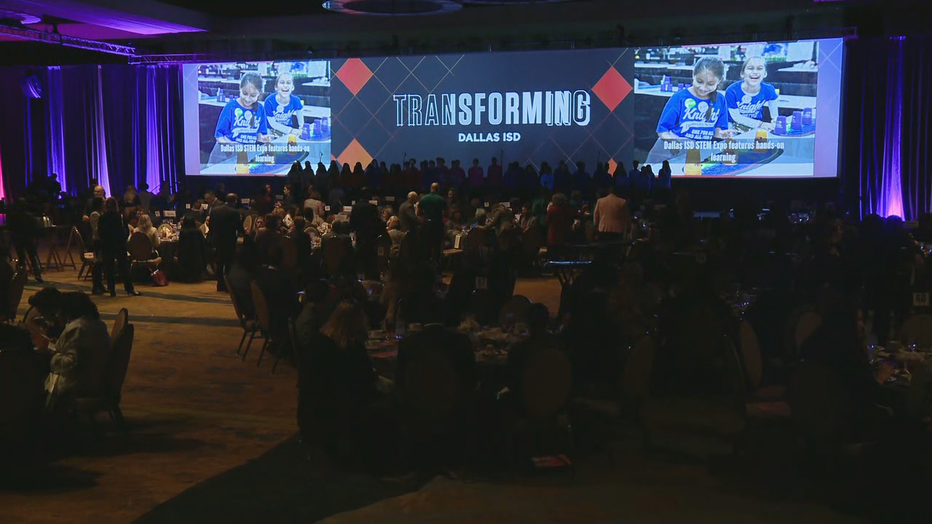 Hinojosa said the 2019-20 school year was off to a great start until the night of October 20.

“I looked at my calendar and there was no tornado on my calendar,” he said.

“We're going fast, because by August ‘22 we want this building open. We’re gonna have a pre-k to eight on one end and the rebuilt Thomas Jefferson is going to be looking just a good as South Oak Cliff,” Hinojosa said.

The superintendent’s greatest concern right now is the students displaced at Thomas Jefferson. Most are doing well, he says, but some are struggling after what happened.

The tornado is just one of many challenges still facing the district.