DALLAS - A Dallas ISD student was shot and taken to the hospital following a drive-by shooting across from Spruce High School.

The drive-by shooting happened around 4:30 p.m. Tuesday in the 9700 block of Old Seagoville Road.

Dallas ISD confirmed one of its students was shot in an off-campus incident, but their condition was not released. 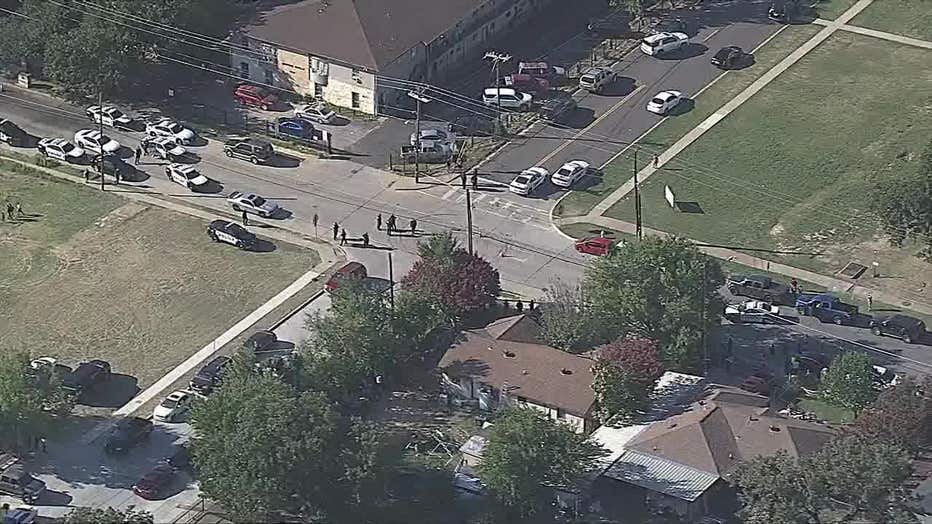 Police say they are still searching for the gunman. No arrests have been made.

It’s unclear if the student was targeted or if it was random.

Dallas ISD decided to cancel all games and practices scheduled for Tuesday tonight at Spruce.

The district says parents have been informed and that no threat was ever inside the campus.