A member of Dallas ISD’s Kimball High School basketball team has been arrested in San Antonio after police said the student’s gun went off and a bullet hit a teenage girl.

DALLAS - A member of Dallas ISD’s Kimball High School basketball team has been arrested in San Antonio after police said the student’s gun went off and a bullet hit a teenage girl.

Kyron Henderson, 18, and his team were in San Antonio for the state championship basketball tournament. He has been charged with aggravated assault with a deadly weapon and possession of a firearm on school property, both felonies.

The team had just arrived at a school facility in San Antonio to prepare for the state championship tournament.

Police said Henderson brought a gun in a bag, and at some point, the firearm went off while the team was on a charter bus and struck a student trainer in the ankle. 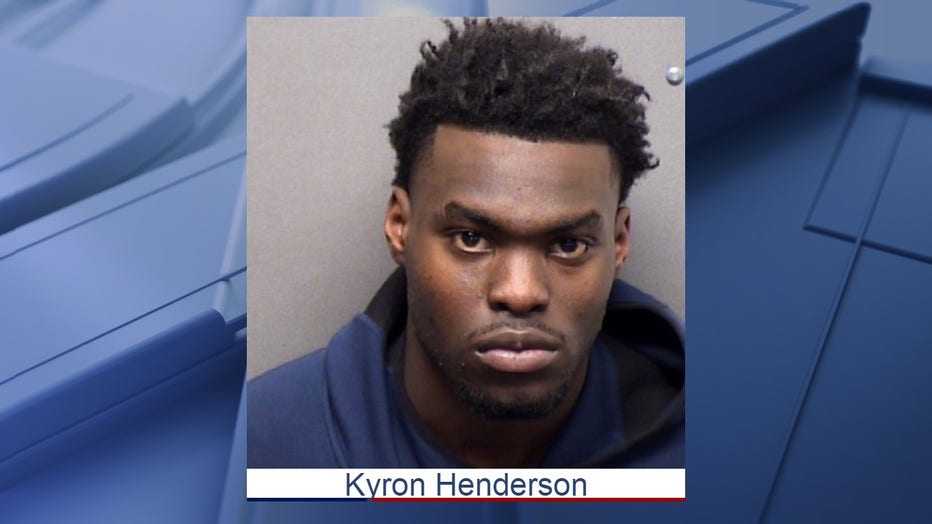 Police said it appears the shooting was accidental, as Henderson was moving the gun inside a bag. Henderson owned the gun, according to police, but it is not clear it was on the bus.

The 18-year-old student trainer was taken to a hospital with non-life threatening injuries. She is out of surgery and heading back to Dallas.

"We apologize. The irony is that she’s a student trainer who was volunteering her time on an outstanding basketball team to provide service to this team, and she gets injured," Hinojosa said. "There are no excuses for this. We can’t talk our way into things we behave our ways into. We've had so much positive momentum in Dallas ISD. This is extremely disappointed that we are here, on the verge of another championship, and we have to endure this situation at our own doing."

Hinojosa said Henderson has been removed from the team, and the UIL agreed to allow the rest of the team to still compete for the state title.

"They agreed with us that you should not punish the entire team for the actions of an individual," Hinojosa said.

The UIL said Kimball's game against Beaumont United will take place at 7 p.m. Thursday, but it's working with Dallas ISD to make sure "students involved in the incident will not be participating in the state tournament."

Hinojosa is driving down to San Antonio to make sure things run smoothly at the game, a promise he made to the UIL. 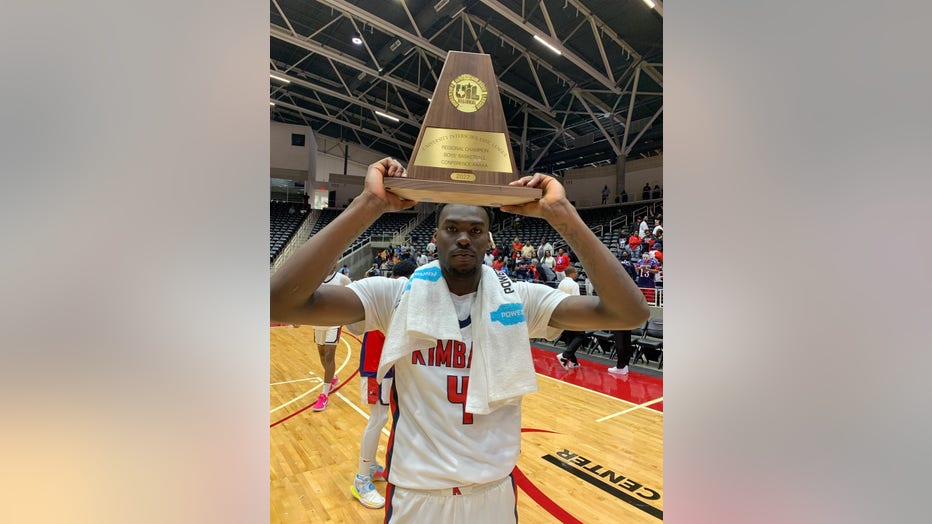 Last week, Henderson was celebrating after his team won the 5A Regional Championship on Saturday.

Kimball High School's coach reacted to the team rallying behind Henderson after he fouled out during the overtime win against Frisco Memorial.

"They told him they weren't going to let him down. They said they were going to win the game, and he cheered them on like a true senior is supposed to do," coach Nicke Smith said.

The FOX4 photojournalist who covered the game took a picture of Henderson holding up the team's trophy.

There was excitement among the team and fans at Wednesday’s sendoff, the Kimball Knights, who are ranked No. 2 in the state, are trying to earn a 5A championship after finishing as the runner-up last year.

They will now have to try and do that without Henderson.

Hinojosa said while the UIL has checks for spectators going into the game, the team is under less scrutiny.

"You would assume if it is students, we know part of our team. I wouldn't put it on the bus company, it is our responsibility to check," he added.

It’s something that may be part of regular protocols in the future.

"It should be people you trust, that is what is so sad. They played 30 games, traveled all over as one of the top teams of the country," Hinojosa said.