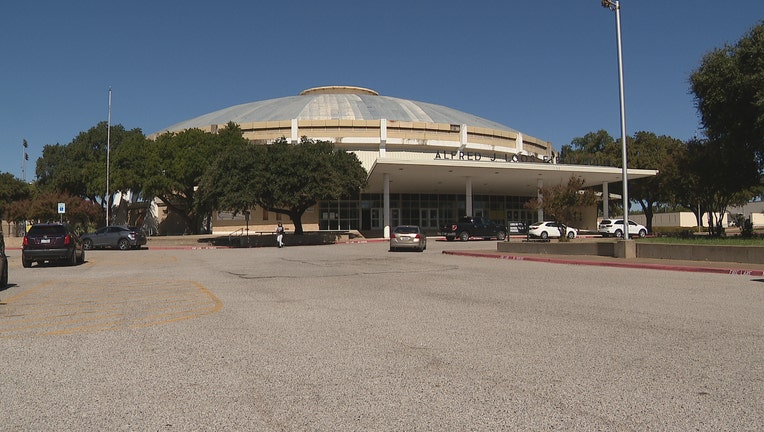 DALLAS - Dallas ISD is hoping to have a place for every student to return to school by Wednesday in some form.

Students from several schools have been re-assigned after six schools were badly damaged and six others had to close because of ongoing power outages.

Sunday night's tornado outbreak has complicated things for school leaders who are rushing to give more than a thousand Dallas ISD students normalcy again.

Principals from three Dallas ISD elementary schools are making plans or Wednesday when the Loos Athletic Complex will be transformed into the Loos Academic Complex.

Principals from three Dallas ISD elementary schools are making plans or Wednesday when the Loos Athletic Complex will be transformed into the Loos Academic Complex.

“That is a facility large enough to handle the number of students and staff,” said Renea Honea with Alliance AFT.

Burnet Elementary School had damage to its HVAC system and the school's roof, as did Cigarroa Elementary. Pershing Elementary’s problem is the lack of electricity.

Combined, the three schools have 1,623 students. Dallas ISD is facing a challenge to keep them learning.

“For every challenge, there’s opportunities that come about,” said Dallas ISD Superintendent Dr. Michael Hinojosa. “It’s been amazing to see the people that want to help us succeed.”

Students from Greenhill School just two minutes away weren’t harmed by the tornado.

“And I heard about a bunch of other schools in the metroplex that were devastated. So many bad things happened to them,” said Carycn Coleman. “So I was really excited when I heard that I could be a part of helping them.”

Teachers spend the day Tuesday talking out lesson plans. Some brought their babies and children with them as they created what will be, in essence, classrooms in the stands.

“That facility had some break out rooms,” Honea said. “So if they need to take smaller groups of students, they’ll have a place to go.”

Loos Athletic is one of five relocation sites where students and staff at tornado-affected schools will be sent beginning on Wednesday.

“We’re gonna get better every day,” Hinojosa said. “But until we get there, we need these students doing something meaningful and not sitting at home worried about their school building.”