With just a few days left in the school year, Dallas ISD says most of its seniors are now ready to graduate.

DALLAS - With just a few days left in the school year, Dallas ISD says most of its seniors are now ready to graduate.

Roughly 40% of Dallas ISD seniors were not on track to graduate as of April. Now, that percentage is near 10%. But are students stepping up or is the bar being lowered?

With a school year unlike any other for North Texas high school seniors, only 62% of Dallas ISD seniors were on track to graduate as of April.

"I think that there were lots of reasons why kids were behind," said Susana Cordova, Dallas ISD Deputy Superintendent of Leading and Learning.

Cordova says they’re now close to a normal rate of 90%.

The district launched its Finish Strong Campaign in April urging students to learn on-campus for the remainder of the school year. 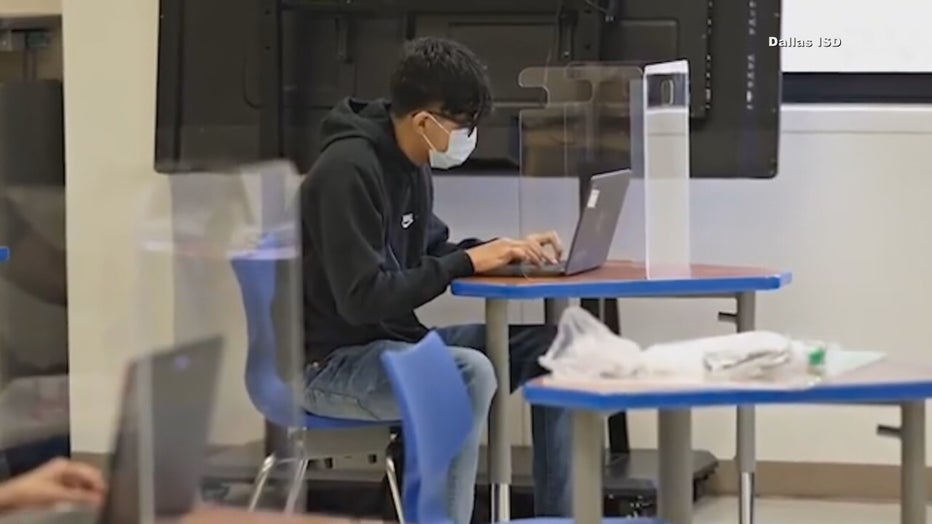 "So we had educators who went out to visit kids at their homes," Cordova said. "We had teams of people from our central support staff who were making daily phone calls to connect students and their families."

Dallas ISD’s Board of Trustees also voted to lower academic benchmarks for the school year back in November, citing struggles related to the pandemic.

"The good news is we want to make sure that when kids graduate that it’s a diploma with integrity," Cordova said.

The district says teachers have been flexible with students by extending deadlines and allowing students to complete late work, but students must still complete course requirements.

"I like to go to school and do things face-to-face," said student Natalie Flores.

Virtual learning has many issues.

However, some students feel in the end they’re better off because of their challenges.

"I feel like I’m prepared for anything now," Flores said.