First responders from North Texas are on standby in case they are needed because of Tropical Storm Beta. FOX 4's Brandon Todd has more on their plans.

DALLAS - First responders from North Texas have been deployed to the Texas coast to help out with rescue missions. Volunteers are also gearing up to help if needed.

The state has deployed the Texas Task Force, like a special operations team of firefighters, to perform search and rescue, in water and on land and clear damage and debris as needed.

Eighteen Dallas firefighters traveled down south as part of the mission.

“They’re awaiting the floodwaters. They have boats,” said Jim McDade with Dallas Fire-Rescue. “They’ll probably be doing more search and rescue type stuff after the fact. Going door to door to any area that is affected.” 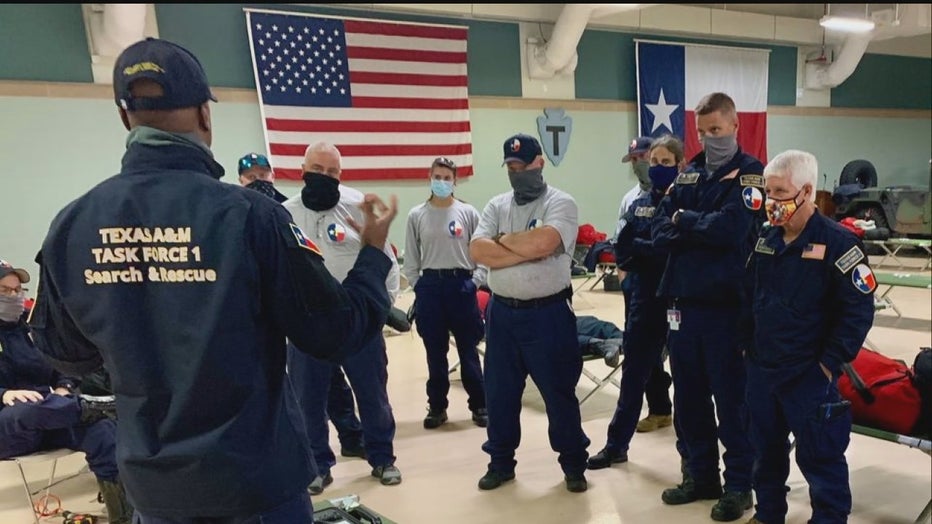 “They’re gone for two weeks straight. Once the phone rings, they get their stuff and they’re gone,” McDade said. “They don’t come home for a couple weeks and they work the whole time they’re gone. It’s definitely not easy, but that’s what these guys volunteer for.”

Meanwhile, volunteers with Texas Baptist Men are also standing by for Beta. Many of them have just returned home from responding to Hurricane Laura. They completed 500 chainsaw jobs and handed out 50,000 meals.

“What we are expecting is flooding,” said Rand Jenkins. “So what we’ve done is put our flood recovery teams, our assessors and our feeding units on standby and on alert.”

There are still enough firefighters here in Dallas to remain fully staffed.