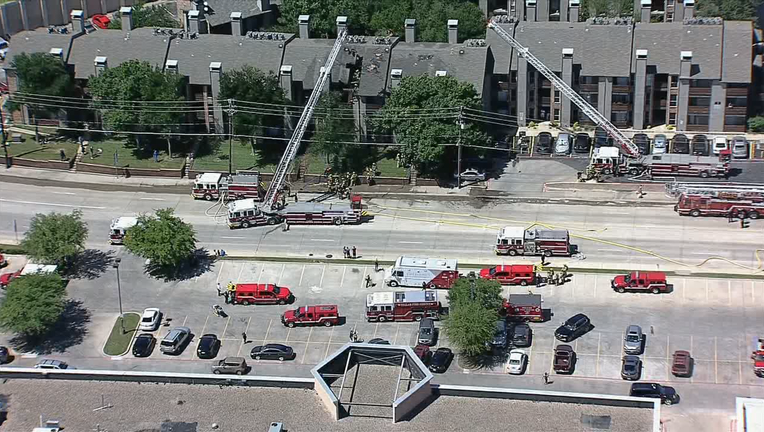 SKY 4 flew over the damage at the Edge Apartments near Midway Road and the President Bush Turnpike Wednesday afternoon.

About 50 firefighters were called to the scene and put the fire out in about an hour.

No residents were injured. The two firefighters suffered minor burns.

It’s still not clear what cause the fire.