The family of an 11-year-old boy that Dallas police say was fatally shot by a 9-year-old is sharing what they know about what happened.

DALLAS - The family of an 11-year-old boy that Dallas police say was fatally shot by a 9-year-old is sharing what they know about what happened.

Police say the boys found a gun in the car the mom was driving while they were left alone in a Walmart parking lot. 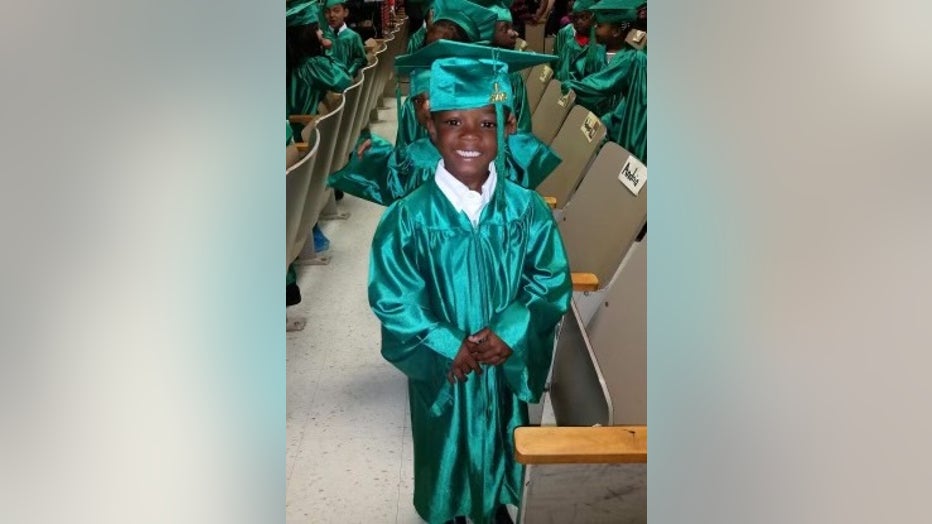 Dazmon’s mother says she trusted the woman who was watching her kid. She never expected to receive that phone call no parent wants to hear.

Dazmon had a heart and smile of gold. He was always camera-ready. The child even caught the attention of a FOX  4 camera at a holiday parade in 2014.

Now, his mother, Keyamber Matlock, is speaking publicly for the first time since the 11-year old was shot and killed in a Wal-Mart parking lot in Pleasant Grove Sunday afternoon.

Matlock says her son was in the care of his 11-year old friend’s mother at the time. Matlock says police told her that the mother stopped at Walmart and left Dazmon, his 11-year-old friend and the friend's 9-year-old brother in the car while she went in the store.

Police say the kids found a handgun in the car and it accidentally went off while in the 9-year-old's hands.

"The youngest brother I guess ended up getting it off the safety and shot my child in his head," Matlock said.

No charges have been filed, and no one's been arrested. Dallas police are not answering any questions related to the investigation. They have not said whether they intend to file charges, refer the case to the grand jury or something else. Police also have not said if the mother knew the gun was in the car.

A group of family members and friends have been comforting the grieving mother.

The family is hurting beyond what words can describe.

"But there’s also a child that’s hurting, too," Edwards said.

Still, they want people to pray for the child who shot their loved one as well as that child’s family.

Because I know they feel like everybody hate them," Matlock said.

Attorney and former prosecutor Russel Wilson is not involved in the case. He says the mom who left the kids in the car could face a charge of making a firearm accessible to a child or child endangerment if she knew a gun was in there. But given the magnitude of the tragedy, he’s unsure if charges will be brought forward.