Nick Castaneda and his son-in-law, Jenaro Moreno, both contracted the virus within days of each other and spent two weeks in the hospital.

Family members say both passed away in May, due to complications from COVID-19. The family says two other family members in the same household also got the virus but survived.

The loss is big for the family and for Castaneda’s extended family at Burger House, where he worked for 15 years. Both men leave behind a large family that is still trying to process the loss.

Nick Castanada and Jenaro Moreno both lived together in the same Oak Cliff home with their families, a home that hasn't been the same since May.

It began when Nick started feeling COVID-19 symptoms around mid-May. After a few days, the symptoms sent him to the hospital and was put on a ventilator.

“When he got there, his blood oxygen was at 30. That’s basically already losing it,” said Susannie Castaneda, Nick’s daughter. “His lips were purple. His nails were purple.”

The next day, the family says Nick’s son-in-law, who’s been homebound since having a stroke about three years ago, also felt symptoms from the virus and the family called 911.

“It has been very hard,” Susannie said. “A lot of people don’t think this COVID is serious, but it’s very, very serious. My brother in law never stepped foot out of the house, and he still got it.”

“My brother-in-law died first around 4 a.m. Friday morning,” Susannie said. “And my dad died at 12 that afternoon. Same day.”

But the loss has also been felt in the surrounding community. 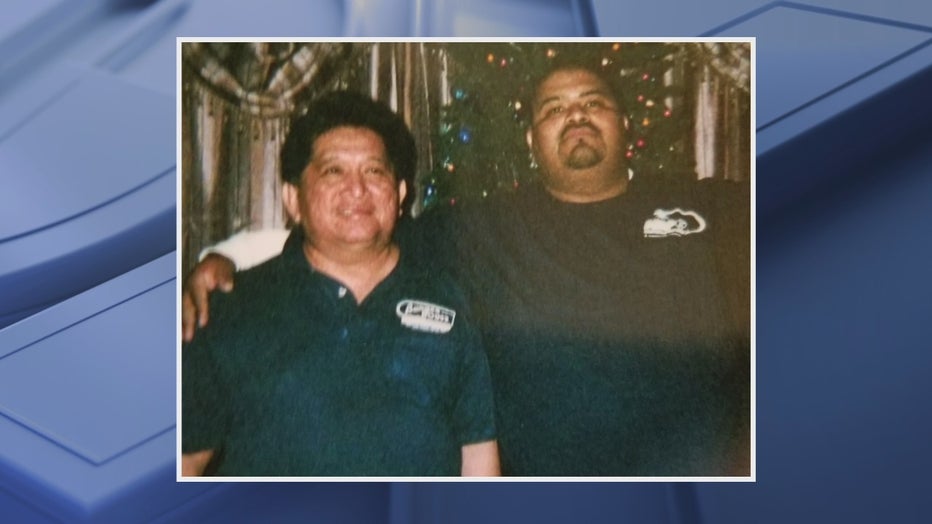 For 15 years, Nick was a familiar face around the Burger House in the University Park area.

“He knew the people's names. He knew what they ordered. He knew people's kid’s names,” said Burger House co-owner Angelo Chantilis. “Just shows he enjoyed being there.”

“I really think that’s what Nick loved most about it, he loved the interaction with the customers,” said Burger House co-owner Christopher Canellos. “The customers have obviously loved him. I think that was his biggest draw to staying with us.”

As recent COVID-19 case numbers and hospitalizations have now risen to record numbers, the Castaneda family hopes their story can help others learn.

“You don’t feel it until it hits home, and you don’t want that feeling,” Susannie said. “Don’t learn the hard way. We have to just suck it up and stay home.”

In less than 24 hours, the Park Cities community has already raised nearly $50,000 for the family. Burger House owners say that’s just a testament to who Castaneda was and the impact he had.