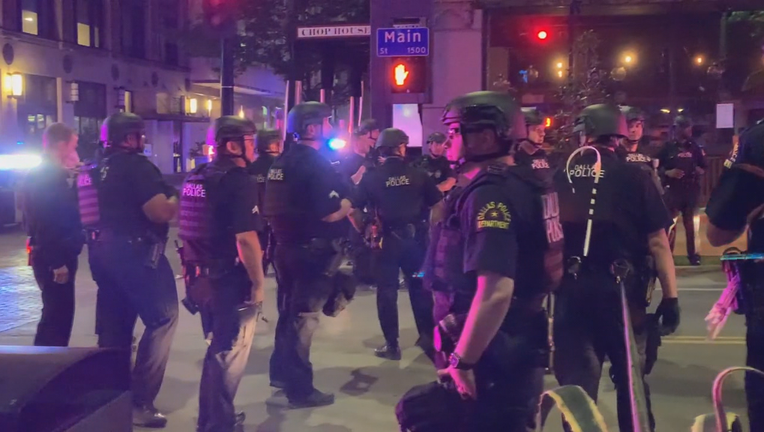 DALLAS - The curfew that was in place for parts of Dallas has been lifted almost a week after being put in place.

The 7 p.m. to 6 a.m. curfew was put in place Sunday, May 31, after two days of protests led to looting and vandalism in parts of Dallas.

The curfew had the desired effect, as protests and demonstrations remained peaceful in Dallas after it was put in place.

The curfew initially included Deep Ellum, Downtown, The Cedars, Uptown, Victory Park, and West End, and was then expanded to include the neighborhoods of Trinity Groves, West Village, additional parts of the Design District, and the Crowley Courts Building and Margaret Hunt Hill Bridge.

“We’ve seen many moving and peaceful protests over the last few days, some of which I joined,” Dallas City Manager T.C. Broadnax said in a release. “We heard feedback from residents ready to open and conduct business in central Dallas and we agree it’s time. The City of Dallas and the Dallas Police Department continue to respect and protect the rights of peaceful demonstrators. We must also remember we are still in the midst of the COVID-19 pandemic and Dallas residents are safest at home.”

Fort Worth put a curfew in place a day after Dallas, and the city's council voted to lift it on Thursday.

The curfew for University Park and Highland Park is also no longer in effect.