Two Dallas County judges who work with juvenile and family court cases change lives on a daily basis. But it's what they're doing on a different kind of bench that's having a big impact on how they hand down justice.

The workout bench is part of a fitness routine that is changing their lives. They said it’s teaching them lessons in patience and perseverance -- and they hope to change the lives of others, too.

Juvenile court Judge Andrea Martin Lane and her best friend family court Judge Kim Cooks were both elected in 2015. For both, the life change came with an extra 40 pounds.

“A lot of events we were invited to because we made it and we were important, so there was a lot of eating,” Martin Lane said.

Cooks began to notice a difference.

“We gained so much weight and we'd look at pictures and I was like ummm… we don't look like we used to look anymore,” Cooks said.

They made a decision to get fit and never looked back. Lane even moved her home gym to a tucked away space near her courtroom.

“We have Bowflex, we have a treadmill,” Cooks said.

They made the space available for free to all Dallas County employees. One reported back her achievement.

“She said, ‘Judge it's me from downstairs. I've been using your equipment, I've lost 40 pounds,’” Martin Lane said.

Martin Lane, who has a collection of trophies from past fitness competitions, encouraged cooks to sign up.

“Silly me, I entered into the biggest competition in the state of Texas. I didn't place in that competition, and I was like ok, I can do better,” Cooks said.

Being a fitness competitor is humbling, they both said.

“It’s thousand and thousands of people looking at you. And then you are being judged and that's the hardest part… us being judges and then also having a panel of people judging us,” Cooks said.

But it's also motivating for two professional moms in their mid-40's.

“I was like we look great, we are in great shape and who else is brave enough to put on a bikini,” Martin Lane said. “I said that's a win right there.”

Working out is now a healthy release from an emotionally grueling job that can also be isolating.

Both judges say they are considering entering another fitness competition later this year. Cooks enjoys it so much, she hopes to be a professional body builder someday.

“We both understand that it's a struggle and we share that so that people can know that they can do it,” Martin Lane said. “Like Nike, keep going, just do it.” 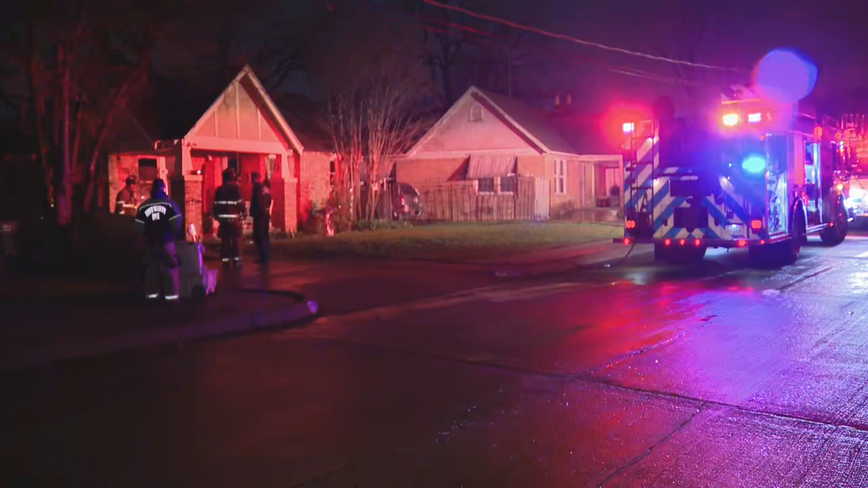