Dallas County commissioners say it's an effort to reduce jail overcrowding under the current policy. A low-risk inmate would need to have two references to be eligible for pre-trial release. Under the approved change, that will be lowered to one reference.

DALLAS - Dallas County commissioners voted to modify the pretrial release program in order to help release more inmates who are not a safety risk while they await trial.

They say it's an effort to reduce jail overcrowding under the current policy. A low-risk inmate would need to have two references to be eligible for pre-trial release.

Under the approved change, that will be lowered to one reference.

"What we are trying to do is get people back to their families and their lives who don't pose a risk to the public," said Dallas County Judge Clay Jenkins. "That saves tax dollars."

It costs $67 a day to house an inmate at the Dallas County jail, which has been running far too close to capacity since the pandemic added to the backlog of trials.

The county has a long-standing program to handle conditional release of inmates awaiting trial. 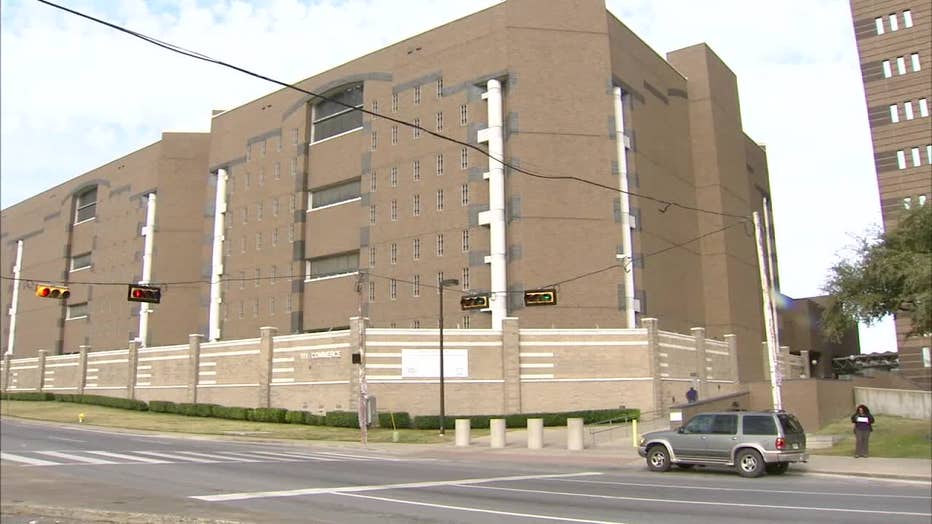 On Tuesday, the commissioners voted to revise it and bring the eligible offenses into compliance with state law.

There were also changes like allowing inmates to be eligible for pretrial release just one year after their release from prison for a different offense instead of three years and reducing the need for two personal references to one.

"We used to need more than one reference to swear you are good person and will come back for your court date," Jenkins said. "Now we realize we can do that with just one reference."

An example of that need was for a homeless man who only had a business owner to vouch for him.

"It’s a pretty serious problem when you get up to 90% of capacity," he said. "You are making decisions you would not normally make about who goes in and who goes out."

"Custody is not designed for female. We have about 850 females in custody. The moment we get to 915, we are in trouble," he said "A female cannot be in sight or sound of a male, according to the Texas Commission on Jail Standards. Or we are out of compliance."

Price said the state is exacerbating the space problem by not housing those who are mentally ill.

Inmates with violent offenses are excluded from the pre-trial release program.

A defendant must also have no previous felony conviction for a violent or assaultive offense within the past seven years.