With 32,000 vacant lots in Dallas, the director is proposing that city council members allow code to create a database of problem land owners.

DALLAS - The Dallas director of code compliance wants residents to know the city is serious about cracking down on illegal dumping in the city.

In the works is a new proposal that would also hold absentee land owners accountable.

"I think in a nutshell what we are trying to do is change behavior in the city of Dallas," said director Carl Simpson.

Simpson began leading the Dallas Code Compliance Department not long before the pandemic began. One of his biggest frustrations is people caught trashing empty lots.

"Anyone who wants to invest in area like this will not be so quick to invest when they see illegal dumping occurring," he said.

Illegal dumping is not just a problem in remote areas. FOX 4 found piles of trash is sitting directly in front of a brand new housing development.

"Very nice properties around here. When they do dumping like this, it makes it hard to keep the city clean," said Marcus Harrison, code employee.

It's up to the city marshal's office to find and prosecute illegal dumpers.

Code is installing 60 new cameras around problem spots and recently purchased five electronic signs to display a new hotline. The goal is for the department to get reports faster. 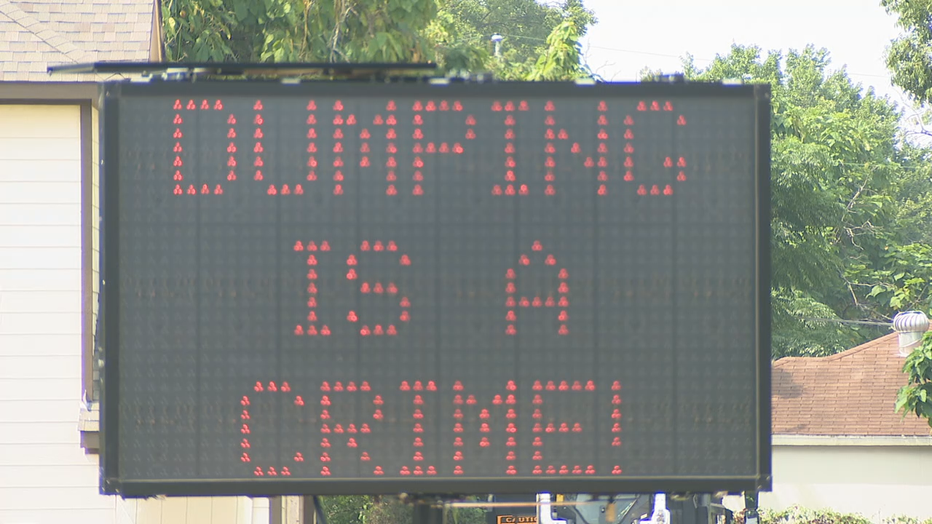 "While 311 may not process it for a day or two, we can get a hotline call an hour after it happens," Simpson said.

Time is of the essence.

"The longer you let the issue sit out there, the more it will happen. If we did not clean this up, people would add to it," Simpson said.

With 32,000 vacant lots in Dallas, Simpson is proposing that city council members allow code to create a database of problem land owners.

Two to three violations would lead to an annual cleanup fee. The reason: Simpson believes when blight is left to grow, criminal activity follows.

"When you come to areas like this on the fringes, you have some nice areas against a backdrop that looks unmaintained and uncared for, they feel like they have a better chance of getting away with that behavior than they would other parts of the city," he said.