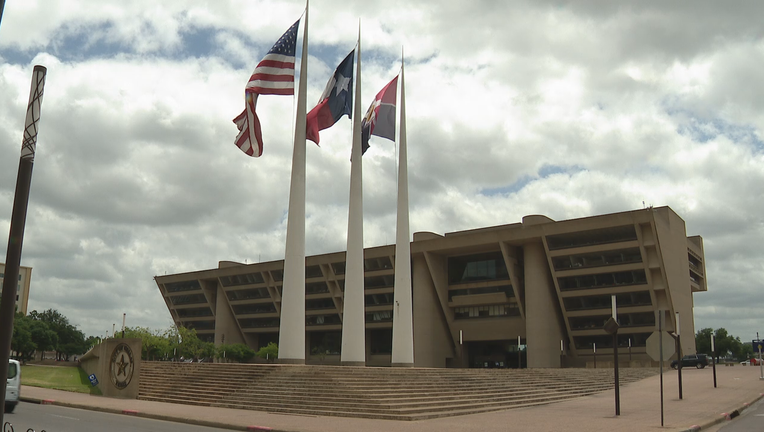 DALLAS - The Dallas City Council rejected a way to raise taxes without first going to voters.

The city, like most local governments, is facing a sharp decline in sales tax revenue thanks to the coronavirus crisis. It expects to lose millions, especially after many businesses shut down.

A proposal was introduced during Wednesday's meeting that would have increased property taxes up to 8%.

The state law that requires a public vote on sharp tax increases has an exception for emergencies like natural disasters. The proposal would have taken advantage of that exception.

But many were critical of the idea, saying Dallas needs to find another way to balance its budget.

“It’s deeply troubling that during this most uncertain time – as Texas faces staggering unemployment and a record number of small and mid-sized businesses struggling or closing – the Dallas City Council would consider raising taxes on homeowners and local businesses. Local government should be using all means possible to help our citizens and businesses in their recovery, not burden them even more. I strongly encourage the City of Dallas to do the hard work of solving their own financial problem by thoroughly examining and adjusting their spending habits, just as our families and local businesses owners have been required to do. It’s not the easiest way, but it’s the right way,” Texas State Rep. Morgan Meyer said in a statement.

The council rejected the idea with an 11 to 3 vote.

"I will not consider adding to our residents’ economic woes until the city manager presents us with some alternative plans," said Mayor Eric Johnson, who voted against the proposal. "Our residents and businesses in Dallas have faced enough uncertainty in the past two months. They don’t need or deserve to have the possibility of a city property tax hike looming over them this summer."

"Congratulations City of Dallas for rejecting a property tax increase. It’s best for property owners and great for attracting more good-paying jobs to your wonderful city.  You are a model for other cities," Gov. Greg Abbott said on Twitter.

The city can still discuss possible property tax increases when next year's budget is on the table this summer.