Some members of the city council aren't happy with the mayor's role during the pandemic and met Monday night to ask for some changes.

DALLAS - The city of Dallas will start vaccinating people this week. It's getting about 5,0000 doses to do it.

But some members of the city council aren't happy with the mayor's role during the pandemic and met Monday night to ask for some changes.

Several city council members said there is confusion about the city's role in registering and administering COVID-19 vaccines. Some members said they didn't even know the city was getting its own vaccines until after they saw a press release.

There are also disagreements with the mayor over setting up hubs to get more people registered.

This week, the city of Dallas is expected to receive 5,000 vaccine doses after the state approved a request to send vaccines directly to the city.

Starting Thursday, the city will operate its own drive-thru vaccination site at the Kay Bailey Hutchison Convention Center.

It will work alongside the mega vaccination hub at Fair Park, which is operated by the county. 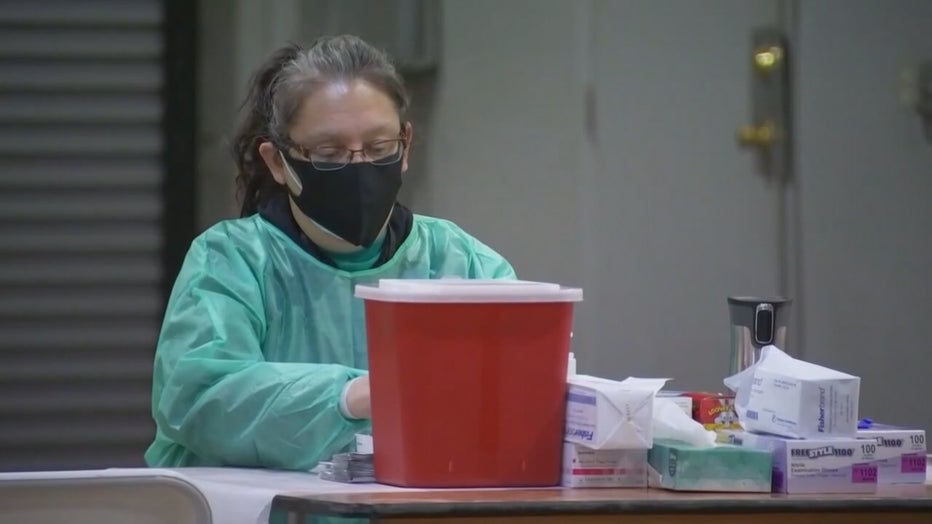 Currently, the city of Dallas partners with the county in distributing doses at Fair Park, where folks have complained of long lines and wait times.

Council members hope both locations will allow for more people to get vaccinated in a timelier manner.

Then, there's the problem of registration.

Last Friday, dozens of people — many without internet access — stood in line outside a Jerry’s Supermarket in Oak Cliff. That's in Councilman Chad West's district. He was one of several outspoken Monday night.

"I want Dallas to have most professional rollout we can possibly have free of politics, grandstanding and full of care and concern for our neighbors," said Dallas Mayor Eric Johnson.

"Many of us, including myself, found out from a press release that city was getting vaccinated," West said. "Not from any internal communication conversations with our director or anything like that."

"The confusion is going to get worse, and, quite frankly, there could be some anger as people try and get some clarity as to what we're doing," said Councilman David Blewett.

Rocky Vaz, the emergency management coordinator, says he's hoping to get a list of frequently asked questions out Tuesday so folks know well ahead of Thursday’s rollout what to expect.

People who already registered with the county will not have to register again. The city will use the same list.

About 2,000 firefighters will be getting their second dose on Tuesday.