Dallas residents answered an urgent call to foster or adopt dogs from Dallas Animal Services over the weekend thanks in part to $150 gift cards given to people who were willing to foster the animals.

DALLAS - Dallas Animal Services is extending its offer to give $150 gift cards to people who are willing to foster large dogs exposed to upper respiratory infections, in an attempt to stop the spread of the potentially harmful viruses.

The shelter is looking to create a ‘clean break’ in its building to stop the illness from spreading.

DAS says there are 188 exposed dogs currently in its care.

Many have already recovered or never showed symptoms, but were housed near a sick dog. 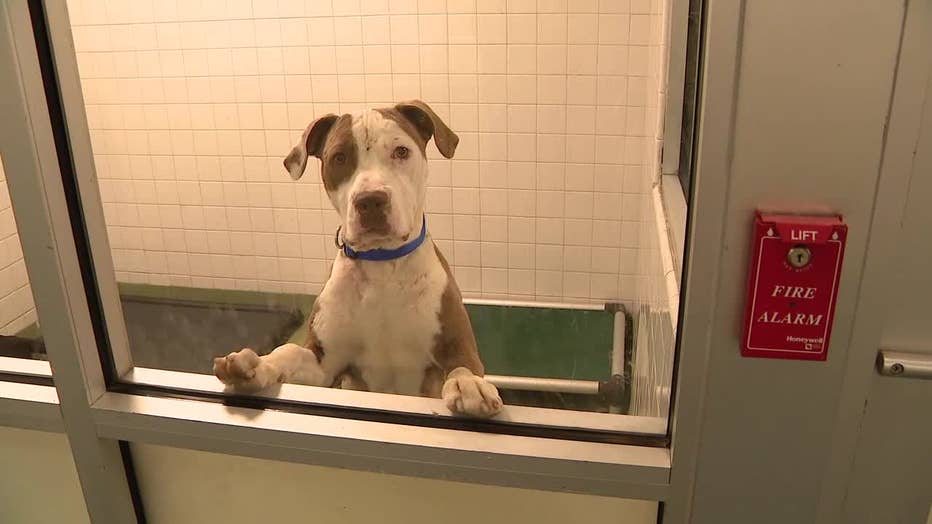 The people who foster or rescued the next 80 high-need dogs will be given a $150 Amazon gift card from Friends of DAS.

"We are so grateful that despite the busy holiday season, residents showed up in large numbers to foster or adopt dogs," said MeLissa Webber, Director of DAS. "While we have certainly been celebrating this community response, traffic is now slowing down and the hard work isn’t over yet."

DAS says they are about halfway to where they need to be for the ‘clean break’ they are seeking.