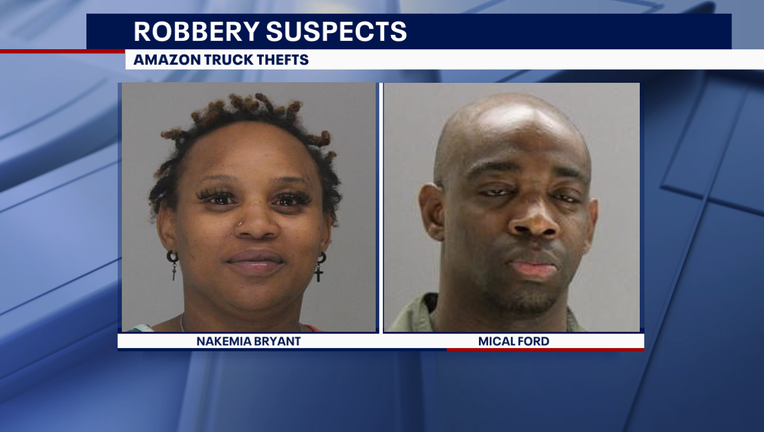 DALLAS - The second suspect believed to be behind five thefts of Amazon delivery trucks, along with all of the packages inside, has been arrested by Dallas police.

Michal Ford, 36, was arrested on multiple warrants Thursday. He is charged with four felony counts of theft of property, two counts of robbery and unlawful use of a motor vehicle.

Nakemia Bryant had previously been arrested in this case.

Bryant and Ford are accused of stealing five Amazon trucks earlier this year. They reportedly assaulted a driver during one of the thefts.