Officials confirm that six people were killed in the mid-air collision between two historic planes on Saturday.

DALLAS - The National Transportation Safety Board released its preliminary report into the crash at the Commemorative Air Force’s Wings Over Dallas WWII Airshow that killed 6 people earlier this month.

The pilot, co-pilot and three crew members onboard the B-17 and the pilot of the P-63 were all killed.

The report did not give a direct reason for the crash.

The NTSB analyzed audio from the air show's radio transmissions and found that the air boss directed both formations to maneuver southwest of the runway. He also directed the fighter formation to transition into a trail formation, fly into front of the bomber formation and head toward the 500-foot show line.

The bombers were told to fly down the 1,000-foot show line.

The NTSB says before or during the flight there was no discussion of 'altitude deconfliction', or flight information that would have reduced the risk of a midair collision.

The report says when the fighter formation moved toward the flying display ares, the P-63 was in a left bank and collided with the left side of the B-17, causing the planes to break up and crash to the ground below.

The wreckage of both airplanes were kept for further examination.

The NTSB said previously a full investigation could take 12 to 18 months. 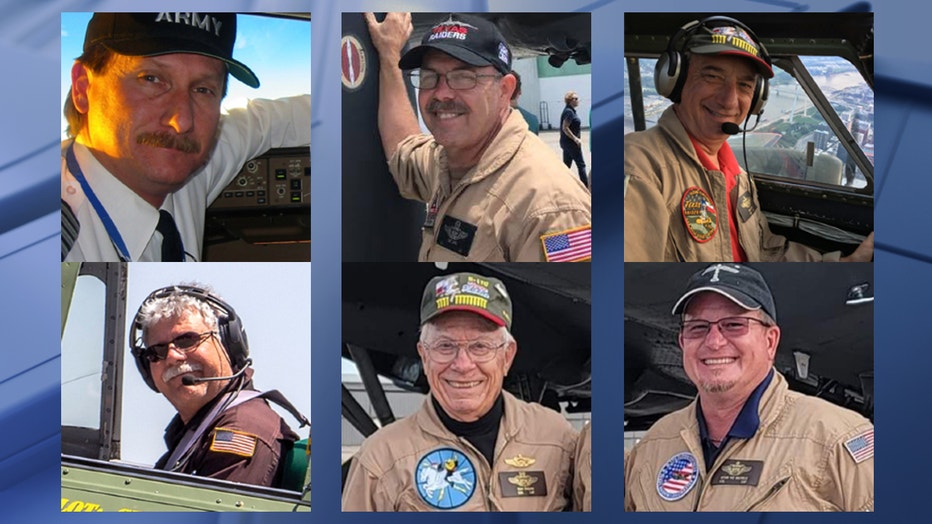