There is now a $25,000 reward for information that leads to the arrest of the man who shot a pregnant employee at a CVS in University Park.

DALLAS - There is now a $25,000 reward for information that leads to the arrest of the man who shot a pregnant employee at a CVS in University Park.

Orelia Hollins, 29, was eight months pregnant when she was shot Saturday morning at the CVS on Mockingbird and 75. She had emergency surgery to deliver her son, and they are both still in the hospital.

Police say they are working leads to find the man who pulled the trigger. They hope that the $25,000 reward will encourage someone to step forward and turn the suspect in.

Police say they've gotten a lot of tips since releasing the surveillance video, but not the one they need to make an arrest yet.

Video surveillance released on Monday is helping University Park investigators try to find the shooter. As soon as the video was released, police say they started getting more calls and about a dozen tips.

“He has a really distinctive walk. It's kind of a saunter into the store,” said University Park Police Asst. Chief Jim Savage. “It's almost like maybe that's his normal way of walking. Somebody may be able to recognize that.” 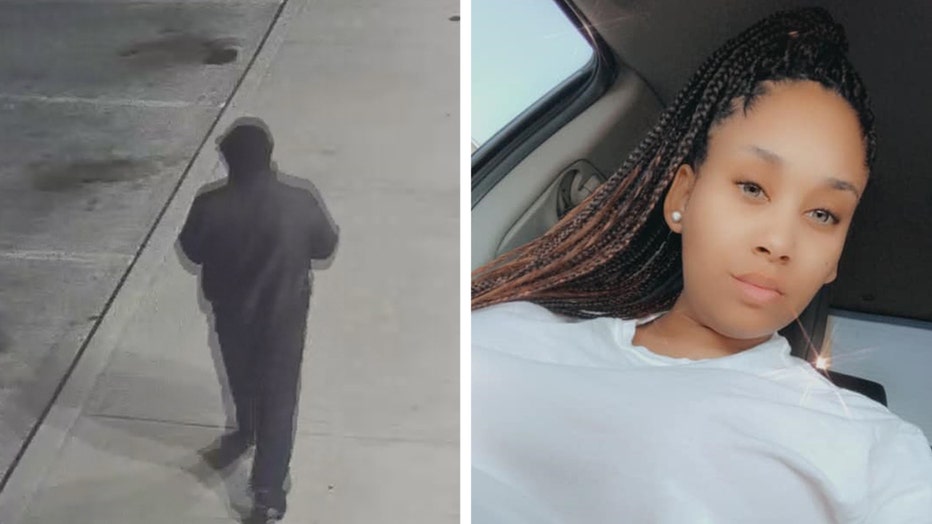 “She was trying to walk or she's walking with some assistance,” Savage said.

Hollins was standing in front of the counter when the robber entered and demanded money. When the other employee in the store was having trouble opening the register, for some reason the suspect shot Hollins and fled.

“She's indicated she does not know him,” Savage said. “The only thing she's said to us is he's probably an African American male. He had a raspy smokers voice.”

The suspect was last seen running east from the store in the direction of Central Expressway. DART says it found no video of the suspect before or after the shooting at nearby Mockingbird Station.

University Park investigators are checking city cameras, SMU surveillance and nearby businesses for any more images of the suspect.

“It's just evil. It's beyond evil to me,” Savage said. “I can't understand why someone would do that.”

Police say they're typically called out to the University Park CVS for shoplifting, but shooting cases are rare for University Park investigators. This is only their second all year. They're hoping tips from the public, and a $25,000 reward from CVS will motivate someone to give them the right information.

“All of us here at the department have children,” Savage said. “And to see something like that happen, it just motivates us to be more determined to find this guy.”

The victim noted the suspect was likely black with a raspy voice. He was dressed in winter clothing with his face covered and is about six feet tall. Anyone with information is urged to contact University Park Police.