Concerns from parents over a social media rumor involving a possible hate-attack on children prompted Crowley ISD to act.

A post warning a hate group may try and hurt kids on Inauguration Day led to an increase in police presence at schools.

Tara Sheehan is debating on keeping her two daughters home for the next week after hearing about an alleged threat targeting children of color in Crowley on Inauguration Day.

Someone posted an unverified warning on Facebook which quickly spread and prompted the school district to act. 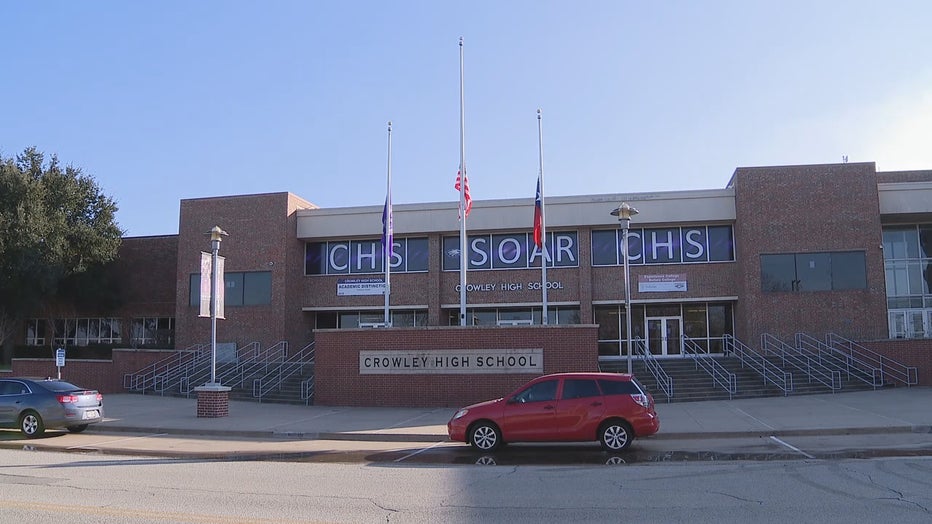 "It’s heartbreaking in a way that you just cannot describe," Sheehan said. "We’re hoping that it’s not real, but nobody thought what happened last week could ever be real either."

A Crowley ISD spokesperson told FOX4 that while it doesn’t believe the threat is credible, it’s taking steps to protect students out of an abundance of caution.

In a statement, the district says: "Due to recent events of civil unrest in our nation, the upcoming presidential inauguration and concerns spreading on social media, you will see an increased police presence in and around our schools in the days ahead."

"Knowing CISD the way I do, I want to have faith that they can protect my kids," Sheehan said. "I think as long as my kids are in the building at their schools, they’ll be fine. I know those teachers would literally lay down their lives for our kids."

Both Crowley and Fort Worth PD say they are supporting Crowley ISD and its police department.

A Fort Worth PD spokesperson told FOX 4 its intel unit is aware of the post and is keeping a watch on any active threats.

As the nation still processes the deadly mob attack on the Capitol last week, Sheehan says she and fellow parents are hoping President-Elect Joe Biden’s Inauguration next Wednesday is uneventful, both in the nation’s capital and in North Texas.

"We are talking to our kids, telling them they are not to let anyone scare them into being silent," Sheehan said. "If anyone has any credible information, they are to speak up because it is just better to be safe than sorry."

The district declined to speak on camera, but it said the increased security at its schools will go on indefinitely at this time.