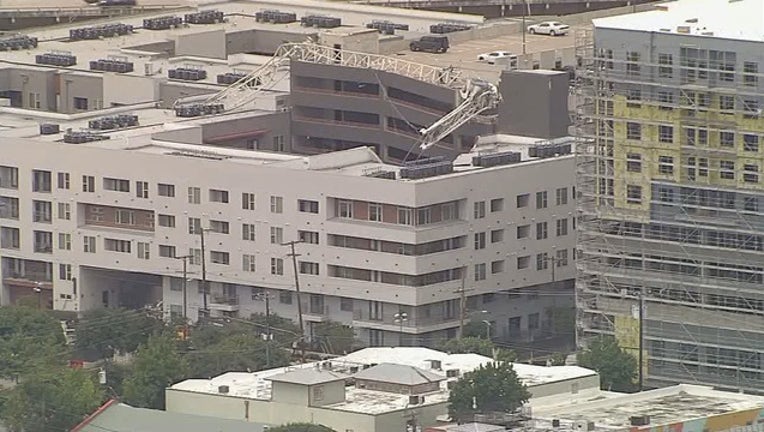 DALLAS - Crews are beginning work as they prepare to remove the crane that collapsed onto a Dallas apartment building.

The crane fell on the Elan City Lights Apartments on June 9, killing 29-year-old Kiersten Smith, and displacing hundreds of other residents.

OSHA released the site in late July, which was nearly two months after the crane collapse.

Apartment management shared a message they received, which stated that beginning Monday, "you will begin to see increased activity" where the crane collapsed.

Crews will begin prep work to get the area ready for mobile cranes that will be used to remove the crane from the apartment building.

Nearly 30 laminated mats and eight "engineered steel mats" will be placed on Live Oak Street to protect the road and give the cranes a level surface.

The statement added that the crane will be removed in sections, and dismantled by using a cutting torch.

Dallas Fire-Rescue will be on scene to provide 24-hour fire watch for the torches that are being used.