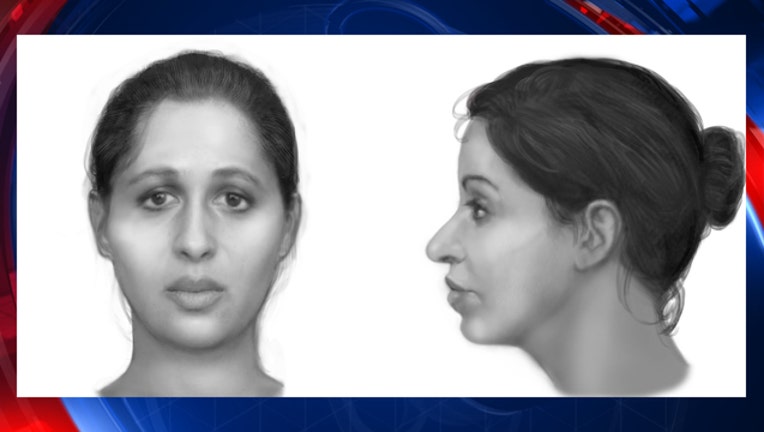 Authorities have released a sketch of what they think a woman whose skeletal remains were found in Parker County late last year might look like.

The Tarrant County Medical Examiner's Office formed a biological profile on the woman, and a forensic artist with the Texas Rangers made the composite sketches.

Her skeletal remains were found by hunters in a pasture north of Lake Weatherford last December.

The woman is described as Hispanic or Asian, who was in her late 20s or early 30s. She's believed to be between 4-foot-6 and 5-foot-3.

Investigators are hoping the woman's family members will come forward so they can conduct a DNA comparison.

Anyone with information is asked to call the Parker County Sheriff's Office at 817-594-8845.