While some North Texas counties have not seen a huge spike in new voters, Collin County is seeing a noticeable decline in mail-in ballot requests.

DALLAS - The deadline to register to vote in Texas is soon.

And while some North Texas counties have not seen a huge spike in new voters, Collin County is seeing a noticeable decline in mail-in ballot requests.

The closely watched Texas governor’s race will drive turnout in November as campaigns head into the final stretch.

Oct. 11 is the deadline to register to vote.

With one month away, it’s hard to tell if hot-button issues like abortion and border security are motivating factors. 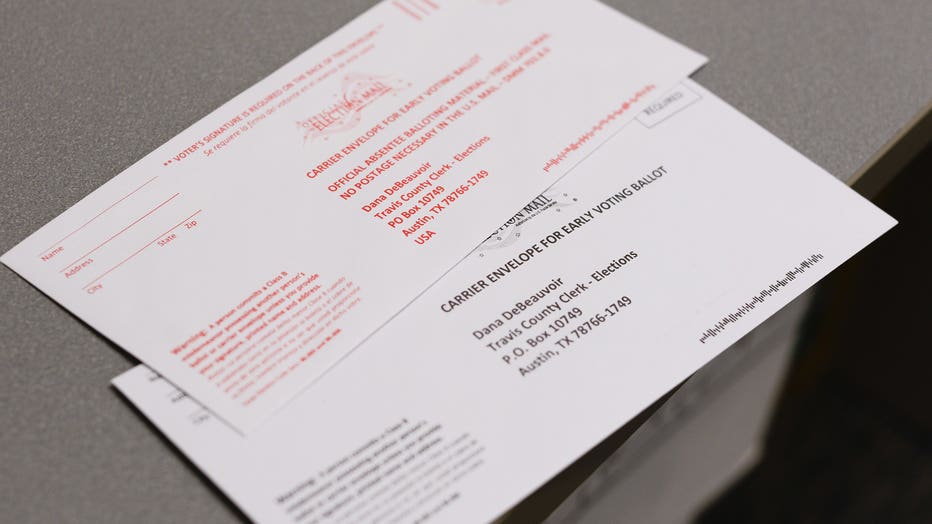 But in booming Collin County, the population growth itself is creating more potential voters.

"Our growth is significant in this county," he said. "And so to give you an example, we have 100,000 more registered voters this election than we did four years ago in the last midterm election."

But Sherbet sees a changing trend with mail-in voting still several weeks before the Oct. 27 deadline to request a mail-in ballot.

"We're down on requests for mail ballots going into the midterm elections," he said. "Right now, we have about 12,000 requests queued up ready to mail ballots once we start mailing out. If you look at it four years ago, we mailed out 22,000 mail ballots."

Mail-in ballots were also popular in many counties during the pandemic.

Then last spring, there was confusion over new ID requirements, with thousands of mail-in ballots flagged as improperly filled out.

Still, Sherbet thinks there is not one single reason for the decline.

"People just deciding they want to vote in person," he said. "There could be concerns about is the mail going to get back and forth timely? That's a legitimate concern always. And it could be just people don't feel as comfortable with the mail ballot process."

With the midterm election less than three months away, there's talk in Dallas County about adding a new polling location in the county jail. County commissioners are divided on the issue, but the ultimate decision is with the sheriff.

While vote by mail numbers are down, Sherbet says their new voter totals have not changed.

"It's pretty consistent and meaning that we're not seeing any large spikes in registration. We're seeing some small upticks like you would expect," he said.

Currently, Dallas County has seen about 66,000 new voters this year.