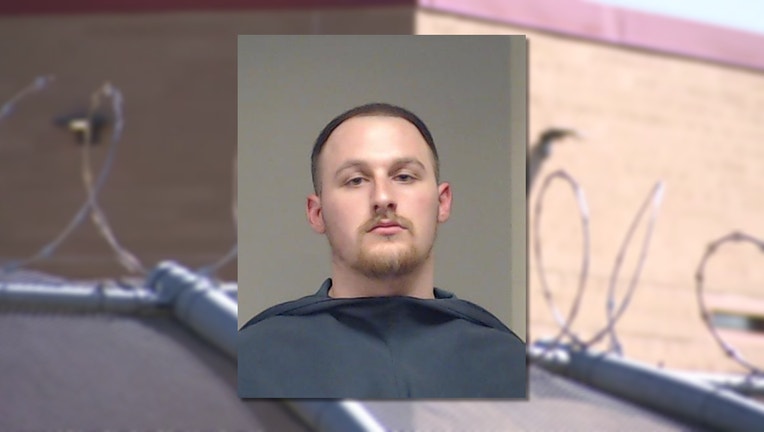 COLLIN COUNTY, Texas - A Collin County detention officer is now behind bars in the jail where he worked.

On Monday, detention officer Tyler Moody confessed to investigators that he brought a cell phone and a charger to an inmate after the items were found in the inmate's cell.

Moody, an employee at the jail since Oct. 2019, was arrested and charged with a third-degree felony for bringing prohibited substances and items in a correctional or civil commitment facility.

"You're fired. You're no longer an employee here," Sheriff Skinner says in the video. "You've betrayed the trust of every citizen we have the privilege to serve." 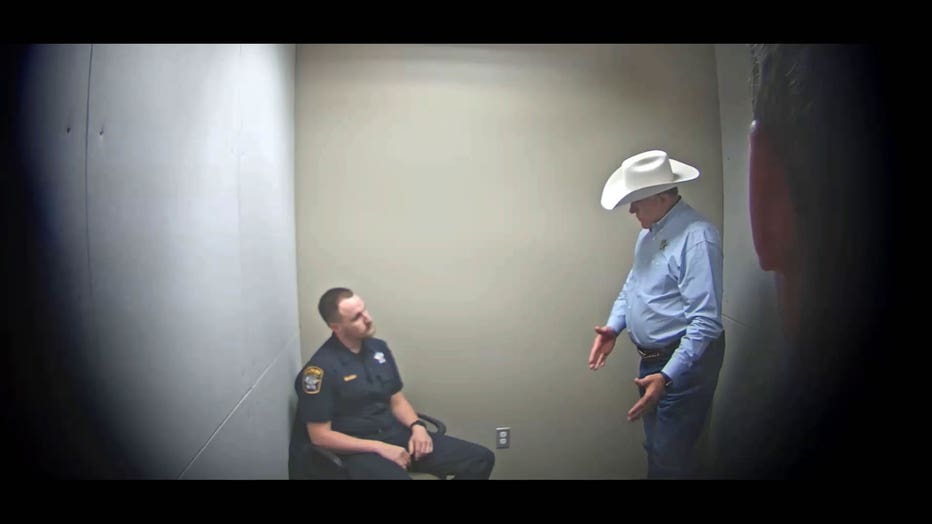 A shake down of cells found a cell phone and charger hidden in an inmate's mattress. The inmate is charged with murder and aggravated robbery.

Skinner says Moody confessed "that he had received money and brought a cell phone into the facility and gave it to an inmate to use."

Moody was booked into the same jail he had worked in and line up for a book-in photo. Bond was set at $5,000. He posted and got out of jail Tuesday.

The sheriff is offended that he’s has had an employee serving in his jail cross the line.

The inmate is going to get new charges around the contraband cell phone.

Moody didn't know the inmate who had the phone befiore that person was brought to jail. So somebody on the outside had to get the phone to Moody, who brought it into the jail.