The rain and cold are making the drive miserable this morning in many areas.

DALLAS - The rain and cold made the morning commute miserable for a lot of North Texans on Tuesday morning.

According to the FOX 4 Weather team, the temperatures around 6 a.m. were about 30 degrees colder than they were at the same time Monday morning. But temps stayed above freezing and that meant just rain fell in most areas.

“It’s above freezing but it’s not a nice morning. And is it rain? Yeah, it’s rain. There’s a sleet pellet or snowflake possible but really, you’re going to school. You’re just not going to enjoy it,” said Meteorologist Evan Andrews. 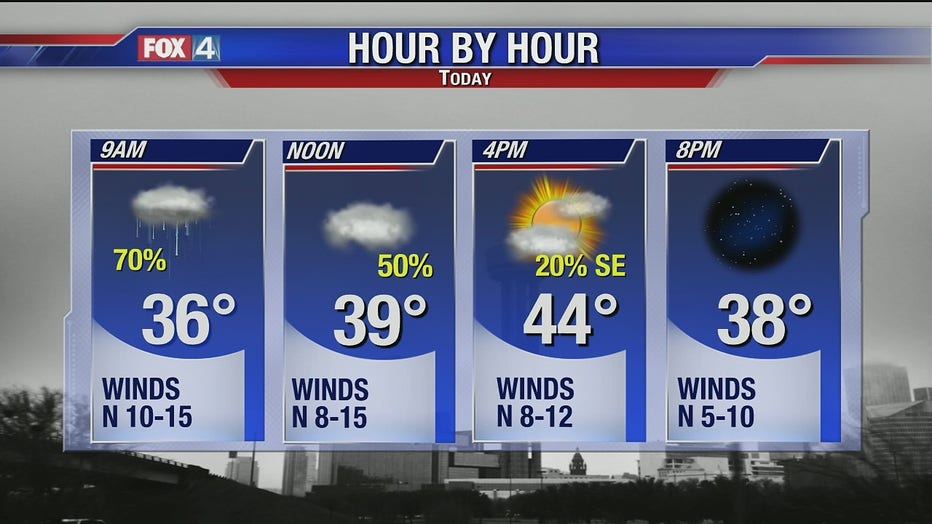 The Texas Department of Transportation spent most of Monday preparing bridges and overpasses for the possibility of a wintry mix. Trucks sprayed brine in Dallas, Collin, Denton and Tarrant counties.

Even though the roads weren't icy, they were wet and slick.

FOX 4’s Chip Waggoner said there were at least three wrecks on northbound Interstate 35E in Dallas. In one accident, an 18-wheeler went through a guardrail and ended up dangling off the overpass near I-35E and the LBJ Freeway. 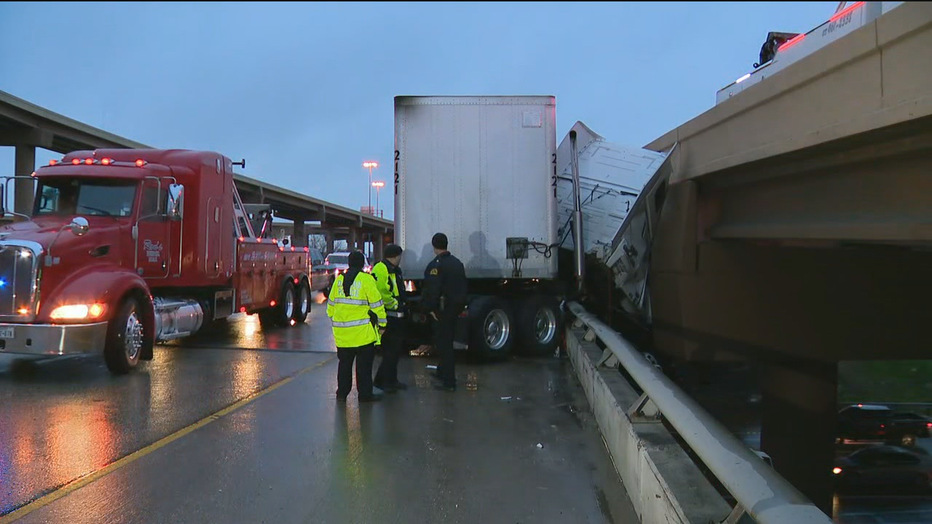 “Blame it on the rain,” said FOX 4’s Shannon Murray, who spent the morning driving around Tarrant County. “Even though it’s not icy, it is still wet and it is dangerous for drivers out there.”

MedStar EMS reported there were at least 16 crashes with injuries in Tarrant County between midnight and 7 a.m.

“Plan ahead, leave early, take your time, keep a good space cushion between you and other vehicles, beware of possible icy overpasses, watch for ponding to avoid hydroplaning and avoid distractions,” Medstar officials said.

As for the cold, some people may see a snowflake to two before noon. But the skies should clear and the temps will climb to the low to mid-40s by the afternoon.