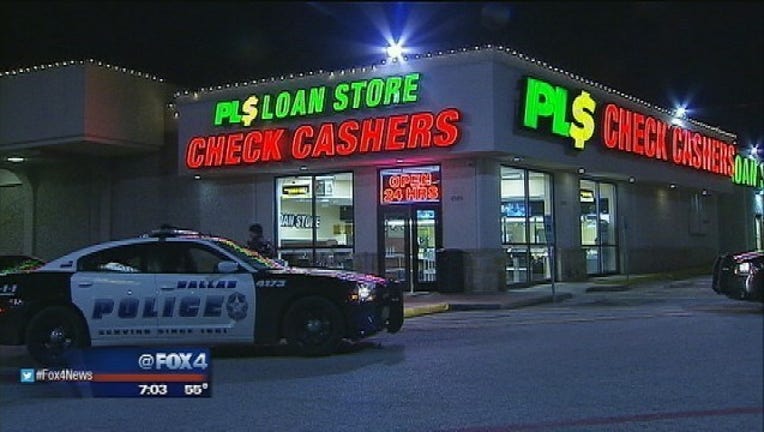 A thief ripped an ATM out of a northeast Dallas check cashing store early Tuesday morning.

It happened around 4 a.m. at the PL$ Loan Store in the 6500 block of Skillman Avenue.

The clerk called 911 and told police the man used a chain to pull open the front door. He grabbed the ATM, loaded it into a white van and then drove off.

The clerk was inside watching and talking to dispatchers behind bulletproof glass the whole time.

By the time officers arrived, the suspect was gone.

Police hope the store's surveillance video and a camera on the street will help them make an arrest.