A packed house Tuesday cheered as Derick Miller took his oath of office. The new leader in Irving is not a newcomer to North Texas. He grew up in Benbrook, came up as police Carrollton and will now lead the Irving Police Department.

CARROLLTON, Texas - It was a history-making day in Irving as the city swore in its first Black police chief.

A packed house Tuesday cheered as Derick Miller took his oath of office. The new leader in Irving is not a newcomer to North Texas.

Miller grew up in Benbrook, came up as police Carrollton and will now lead the Irving Police Department. 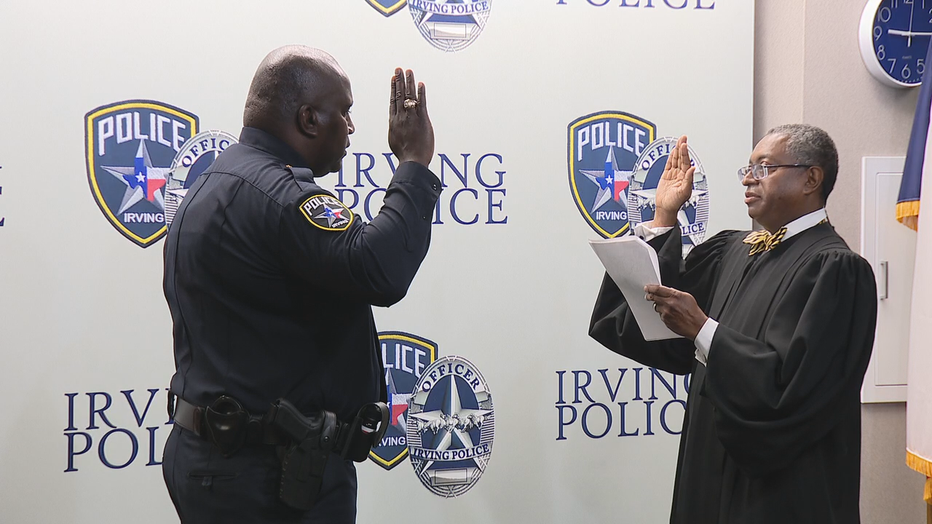 "I think he is a very respectful man," said his daughter, Addison. "He looks mean, but he isn’t at all mean. He's nice and respectful. He's just a big teddy bear."

"I felt proud that he's pursuing what he wants to do," said his son, Austin.

"From talking with community stakeholders to talking with our mayor and our council, talking to our police department getting their input and feedback, trying to know and understand what they were looking for in a new police chief," Hillman said.

The chief started his police service in Carrollton 30 years ago as a reserve officer and was appointed chief there in 2017. 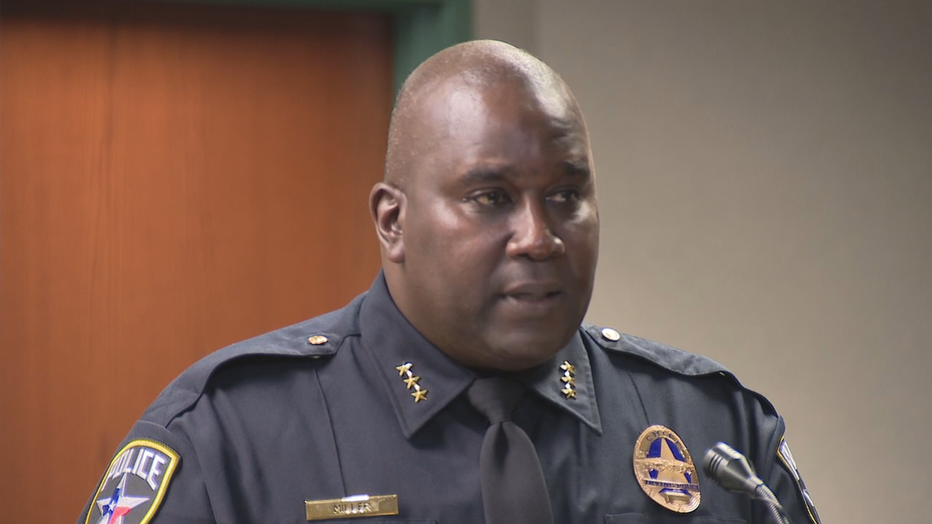 "To be included in the names of Canady and Boyd and Spivey is a humbling and yet terrifying proposition," he said.

Miller’s charge to lead the 500+ sworn and civilian members of the department in the state's 12th largest city and one of the most diverse.

A new light shining in Irving's Police Department during challenging times for all law enforcement.

"Building and maintaining trust is what this is all about," Miller said. "If our community doesn’t trust us, they won't call for us when they need our help, and that’s job one for us."

While making history as the first Black chief in the city of Irving, Miller hopes to make history as a chief who makes what he calls a great department even greater.