City of Dallas to provide port-a-potties near homeless encampments

The port-a-potties will be placed for 90 days at seven locations primarily around downtown and South Dallas. If council members like how the plan is working, the locations will continue to rotate around homeless encampments.

DALLAS - The city of Dallas is starting a program to provide temporary restrooms near homeless encampments.

They will be placed for 90 days at seven locations primarily around downtown and South Dallas.

If council members like how the plan is working, the locations will continue to rotate around homeless encampments. The locations would be determined based on calls to 311.

Dallas's latest effort to deal with the homeless is port-a-potties.

Councilmembers said the need for a sanitary restroom option is apparent from the public nuisance complaints they've received. But there are also concerns. 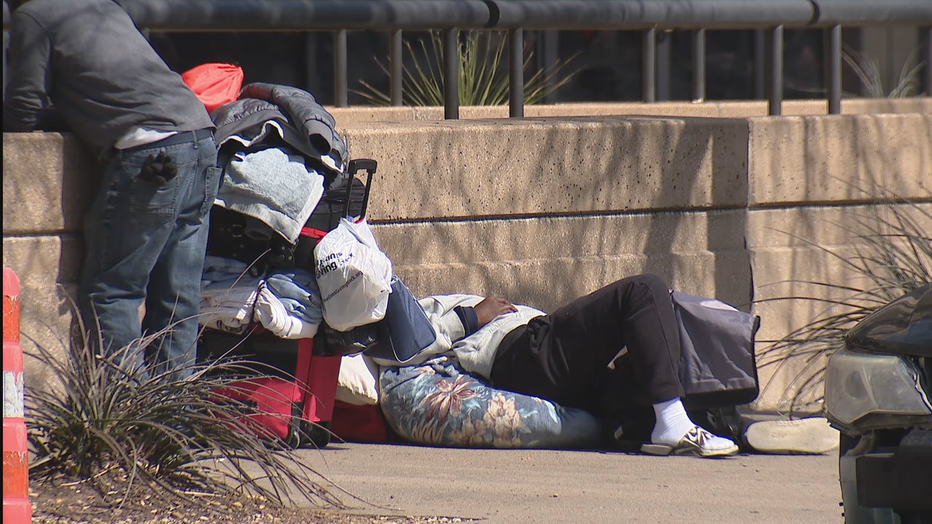 Christine Crossley with the Office of Homeless Solutions says the hope is the facilities can create a bridge.

"Do they see this is another step towards an acknowledgment? You do need a place to go that is humane and we care? But we are also going to move you into housing. We are not going to stay here," she said.

The city will rely on the public to alert them to any issues the port-a-potties may bring.

The city's director of the Office of Homeless Solutions promised that the city will keep them clean. But some questioned that, given the city's record at public parks.

"With my experience on the park board, we've had issues with maintenance," said Councilman Jesse Moreno. "How can we ensure they are well stocked and cleaned?"

"They will be cleaned three times a week," Crossley said. "If that is not enough, we will move it up."

The seven locations include the Medical District and Woodall Rodgers Freeway at Field Street. But Crossley said the sites were carefully chosen to avoid encouraging panhandling.

"Though some look like they are at intersections, they are at encampments nearby. So it will not interact with panhandling," she said.

The facilities will also be placed behind the central library.

"We’re trying to make sure the area is not covered in what people don't want to see when trying to get a book," Crossley said.

The Office of Homeless Solutions will be reporting back to the city council about the impact of the pilot program in late May.

It will cost $23,000 a year if the city wants to make rotating port a-potties for the homeless permanent.