Before the season's freezing temperatures begin, the city of Dallas is asking for churches and businesses to step up to help shelter the homeless.

DALLAS - Before the season's freezing temperatures begin, the city of Dallas is asking for churches and businesses to step up to help shelter the homeless.

Unlike last year when the city received federal funds to shelter the homeless in hotels, that funding is no longer available this year, and hotel prices are higher.

The city of Dallas is hoping that its new inclement weather policy will also help open the doors to the homeless all around the city rather than the concentrated services that are downtown. 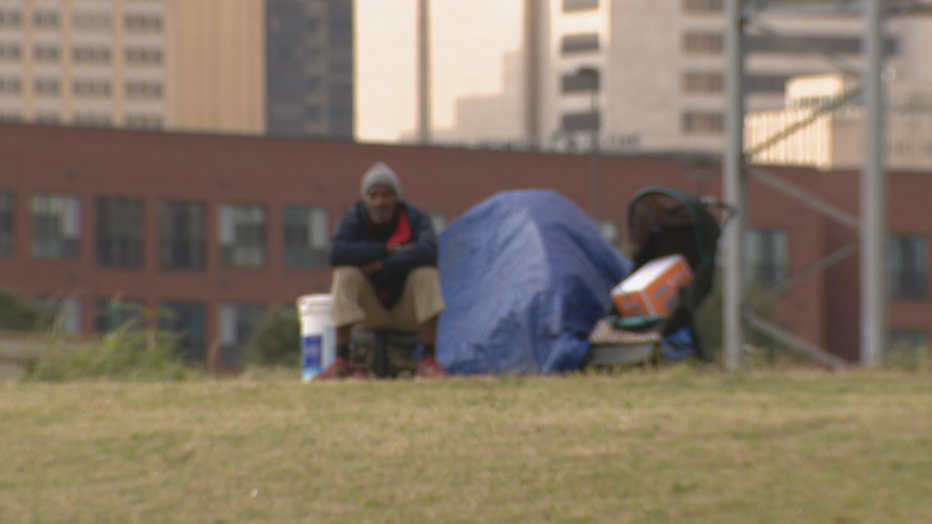 While Our Calling is serving up a warm Thanksgiving meal for the homeless on Wednesday. it is a warm place to sleep at night that will be needed by hundreds of people who have no shelter as winter approaches.

"Our homeless population is growing faster than it ever has," said Our Calling Pastor Wayne Walker. "We meet over 80 people a week who for the first time are experiencing homelessness. How do we create space to preserve life?"

In 2018, Our Calling received a fine by the city for leaving its doors open to the homeless on freezing nights.

"For us, the issue is not about a civil liberty to keep our doors open," Walker said. "It is about human dignity. How do we protect life?"

After Our Calling hired an attorney to fight the city's rules ordering it to stop helping people, the city reversed course and acknowledged in a letter that the church has a right to do just that.

"The example you site is constitutionally protected, and we are grateful for their care for people experiencing homelessness," said Catherine Cuellar with the city of Dallas.

And with a growing homeless population, Cuellar says the city needs the help of Our Calling and other organizations more than ever.

"We know there are people experiencing homelessness in every area of our city. It is why we are asking organizations in every corner that have space to apply before the weather gets cold," she said.

The city defines inclement weather as 36 degrees in wet weather or 32 degrees in dry weather for at least three hours.