English Teacher Carly Lovelace was in her class when she heard the teenager choking. That's when she ran out and administered the Heimlich, dislodging what was trapped.

KRUM, Texas - A Krum High School student in Denton County was saved by a teacher in the hallway Thursday morning.

The student was chocking on the lid of a plastic bottle in her classroom, panicked and ran into the hallway.

Lovelace followed her and helped dislodge the lid.

The whole incident, including the hug that followed, was caught on a hallway camera. 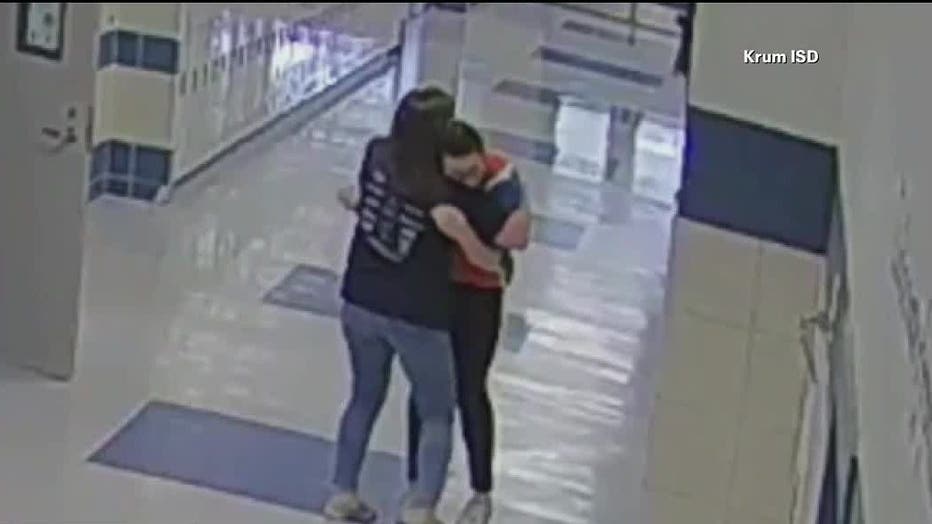