“Her desire to make sure that everyone was shown to be important, everyone had the same rights,” one person said.

A couple hundred people turned out for a candlelight vigil hosted by the Dallas County Democratic Party.

Many people carried signs and wore t-shirts commemorating the life of Ginsburg. Those who attended wore masks and followed social distancing guidelines.

She was the second woman to ever serve on the Supreme Court of the United States after being appointed by former President Bill Clinton.

She served on the court until her death on Friday.

Many folks at Saturday’s vigil worried about what her passing will mean for the balance of the nation's highest court.

“Tonight we grieve and celebrate her life and tomorrow we fight to preserve her legacy, all the victories she went for us, not just as an advocate before the courts, but as a judge on the court,” Jennifer Owen said.

“It’s difficult because you want to celebrate her life, but at the same time, it’s almost like me to jump in and start talking about the political aspect as well, which is unfortunate because we don’t have time to mourn,” Jim Southall said.

“It’s an unfortunate thing that this happened as long with the virus, in the hurricanes, the political, and of course the virus is another strain in our society,” Eric Schwartz added. 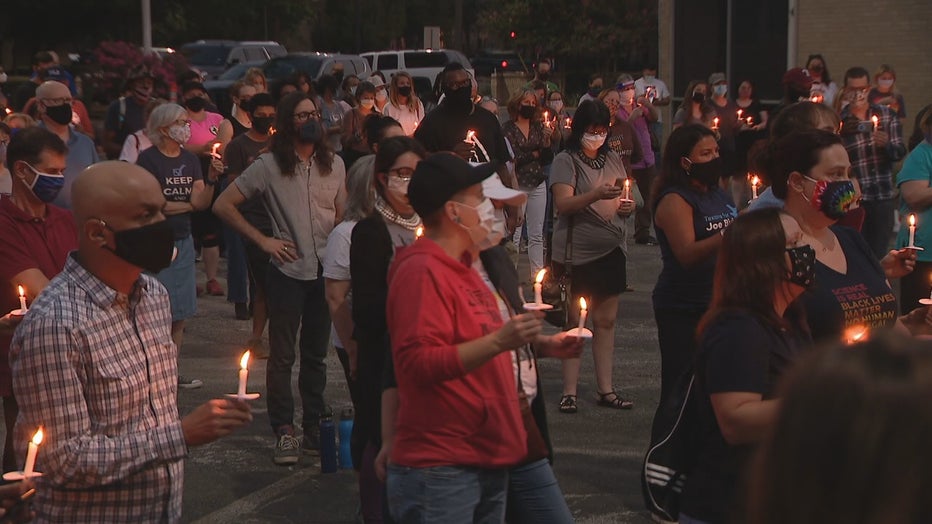 Congresswoman Eddie Bernice Johnson shared a story about running into a frail Justice Ginsburg leaving the halls of Congress one night.

Representative Johnson said even with her health failing, Ginsburg sought to do her job for all Americans.

Texas Governor Greg Abbott ordered all Texas flags lowered to half-staff to honor the life and legacy of Ginsburg.

The governor called her a trailblazer who will always be remembered as a judicial giant.