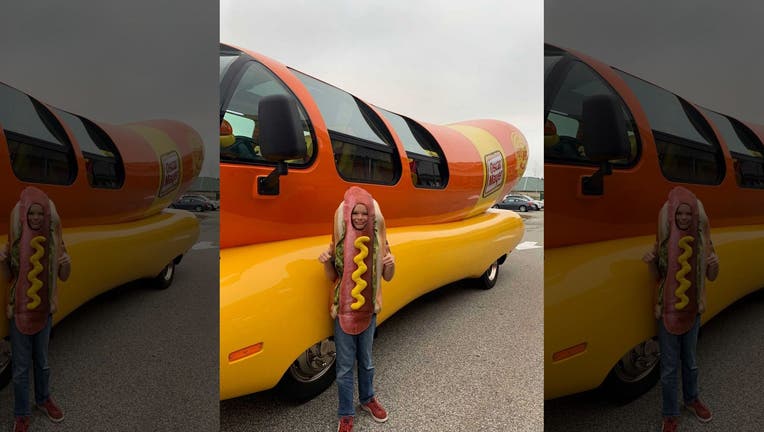 Jake Arsenault, the 9-year-old from Maine who wore the frankfurter-inspired fashion in his school photographs on a dare, was surprised with a visit from the Oscar Mayer Wienermobile on Monday.

Jake first made headlines last week, after his father Craig — an Army recruiter — shared a photo of Jake’s school ID on a Facebook account he uses for work.

In fact, the proud dad told Fox News that it was he and his wife Kari who actually dared their son to wear the costume in his school photos, betting him $10 that he wouldn’t. 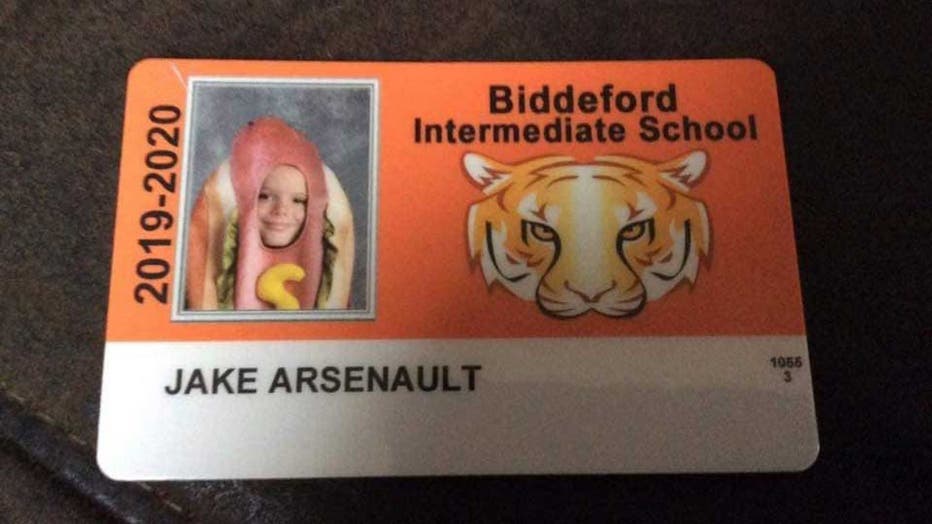 “My wife and I were on vacation at the time, and my mother was watching the kids,” Craig told Fox News of Jake’s school picture day, adding that they sent him to school with a permission slip condoning his costume.

“We made the dare before we left, when we got home we asked him if they let him do it. He said yes, and then we just had to anxiously wait for the school photos to come back,” he added.

Shortly after Jake’s picture went viral on Facebook, Oscar Mayer reached out to the family with a proposition: A ride in their famous Wienermobile for Jake and his buddies.

“As America’s hot dog connoisseurs, no one appreciates a good hot dog costume more than Oscar Mayer,” said Matt Riezman, Oscar Mayer's associate director of marketing, in a statement shared with Fox News. “When we saw Jake’s school photo, we knew we had to do something to reward him for the most epic school ID we’ve ever seen. We’re so excited that Jake chose to share his Wienermobile ride with his friends and family.”

Craig even told Fox News that the Hotdoggers (the Wienermobile’s drivers) contacted him ahead of time to get a list of Jake's favorite songs, "so they could set up a playlist for him." 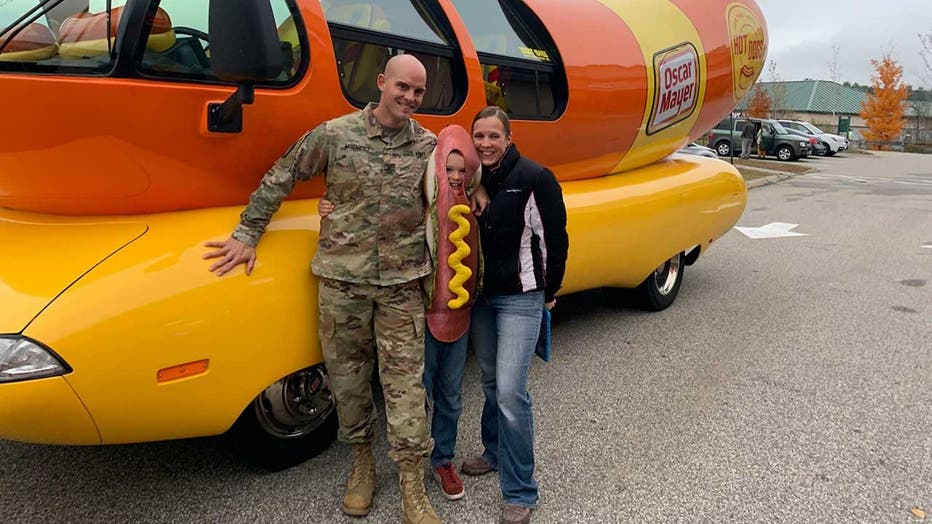 Jake, seen here with dad Craig and mom Kari, was treated to a ride in the famous Wienermobile on Monday. (Oscar Mayer)

Once Monday rolled around, the Wienermobile arrived at Craig's office to escort Jake, his mom Kari, and two of his friends on a trip from Scarborough, Maine, to Biddleford, where the family lives. The Hotdoggers later dropped the group off at a movie theater, where Jake and his friends were treated to a screening of “The Addams Family,” courtesy of Smitty’s Cinema.

The parent previously told Fox News he was “blown away” by the reaction to Jake’s school picture, and added on Facebook that he “couldn’t be happier” about Jake’s school allowing him to wear the costume.

“All I can do is laugh about how far it’s gone,” he said.