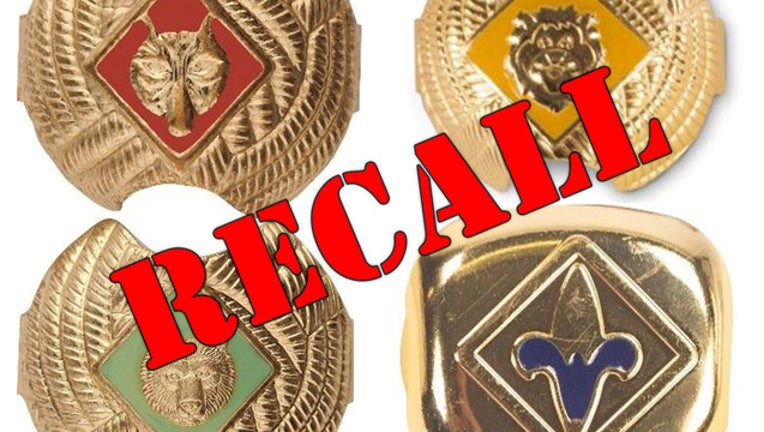 TAMPA (FOX 13) - Nearly 110,000 neckerchief sliders, produced by the Boy Scouts of America, have been recalled over lead concerns, according to federal officials.

The recall includes red wolf, green bear, orange lion and blue Webelos. There are white labels on the back where you can check the purchase order number.

Federal officials advise to stop wearing it immediately. They can be returned for new ones at no cost. The Boy Scouts of America said in a statement to FOX News:

Additional information on the recall can be found on the UPSC’s website.