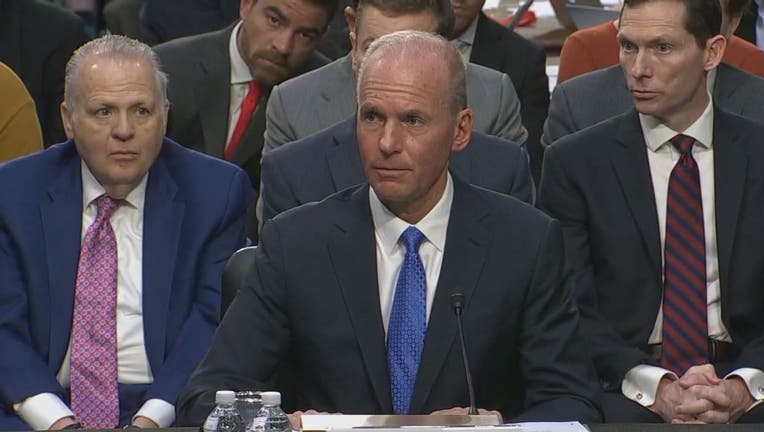 WASHINGTON - (AP) -- It's been exactly one year since a Boeing 737 Max crashed in Indonesia, and the company's CEO is facing tough questioning about the plane from a Senate committee.

Boeing Chairman and CEO Dennis Muilenburg was scheduled to testify before the Senate Commerce Committee on Tuesday. It will be the first congressional testimony by a Boeing official since the first of two Max crashes that together killed 346 people.

Boeing CEO Dennis Mullenberg will spend the first of two days today being grilled in Washington by lawmakers about two deadly crashes involving 737 Max jets. Plus, Apple debuts the AirPods Pro. FOX's Tracee Carrasco joined us with the latest for our Business Beat.

In his prepared remarks, Muilenburg says the company knows it made mistakes and got some things wrong. He vows to fix the plane.

Indonesia investigators say Boeing's design of a key flight-control system contributed to the crash of a Lion Air Max last October. Another Max crashed in Ethiopia in March, and other Max jets were grounded.