A report released by SMU suggests that Black people were cited, arrested, prosecuted or referred to the Dallas County DA’s Office for misdemeanor possession of marijuana and/or drug paraphernalia more than non-Black people.

DALLAS - Since 2019, steps have been taken by law enforcement and the Dallas County DA’s Office to cut down on the enforcement of marijuana laws.

Local officials have cited that Black people were disproportionately affected by these low-level prosecutions. Researchers at SMU decided to look at data and find out.

The Deason Center self-funded the study and used data from the DA’s office. Data from 2018 highlighted more than 5,000 people were referred for marijuana prosecution and 7,000 people for drug paraphernalia prosecution.

A report released by Deason Criminal Justice Reform Center at SMU Dedman School of Law suggests that Black people were cited, arrested, prosecuted or referred to the Dallas County DA’s Office for misdemeanor possession of marijuana and/or drug paraphernalia more than non-Black people. 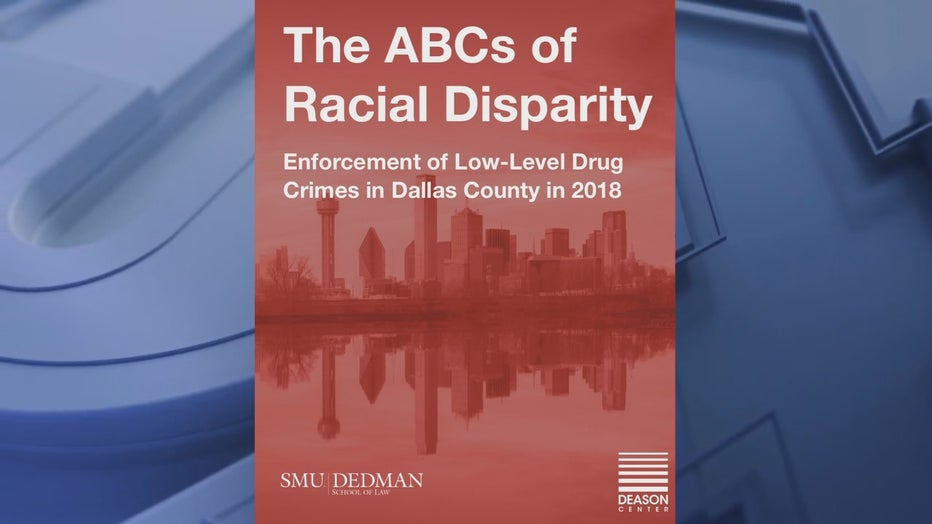 "The burden of these low-level drug crime laws, of marijuana laws and paraphernalia laws, was falling disproportionately on Black people not in one place, not in two places, but on six of the largest cities in Dallas County," she said.

The study was commissioned by SMU’s School of Law and Criminal Justice Reform Center. It analyzed 2018 county data from the cities of Dallas, Garland, Grand Prairie, Irving, Mesquite and Richardson.

District Attorney John Creuzot took office in 2019 and announced his office would decline to prosecute most misdemeanor cases of first-time marijuana use even if local police departments continued enforcement.

"People use marijuana at roughly the same rates. It’s the only drug about which we kind of have this universal data," Metzger said. "So you’d expect the enforcement rates to be the same. They’re not."

However, the study is missing some information. It doesn’t break down which of the marijuana charges stand-alone or which ones were accompanied with additional crimes.

"It needs to be isolated from these other types of crimes," he said.

The Deason Center will release a report this summer highlighting 2019 numbers, which followed the district attorney’s decision to not prosecute these crimes, in an attempt to see if local police departments listened and eased up enforcement.

Metzger believes the data will further push some in law enforcement to aspects of decriminalizing marijuana.

"The country is heading in the direction of decriminalization," she said.