Access to Yellowstone National Park is indefinitely closed after major flooding washed away roads and isolated communities in southern Montana. National Park Service rangers closed off all entrances to the park Monday due to "heavy flooding, rockslides (and) extremely hazardous conditions."

YELLOWSTONE NATIONAL PARK, Wyo. - A Colorado man was hospitalized after being gored by a bull bison at Yellowstone National Park in Wyoming, officials said.

The 34-year-old man from Colorado Springs on Monday was walking with his family on a boardwalk near the Giant Geyser at Old Faithful, a popular tourist attraction located in the park, when the bull bison charged the group, according to a news release from park officials.

When family members did not leave the area, the animal "continued to charge and gored the male."

The man’s arm was injured, and he was taken by ambulance to the Eastern Idaho Regional Medical Center, officials said. The incident remains under investigation.

Yellowstone National Park had recently reopened to visitors after destructive floods hit the area. It was also the second reported incident this year of a visitor getting too close to the animal, and the bison "responding to the perceived threat" by goring the individual, officials said.

On May 30, a 25-year-old Ohio woman was gored by a bison after getting within 10 feet of the animal, park officials said. The woman approached the bison as it was walking near a boardwalk at Black Sand Basin, just north of Old Faithful, and it "gored her and tossed her 10 feet into the air."

Park regulations require visitors to stay more than 25 yards away from the bison.

"Bison have injured more people in Yellowstone than any other animal. They are unpredictable and can run three times faster than humans," officials said in the statement. 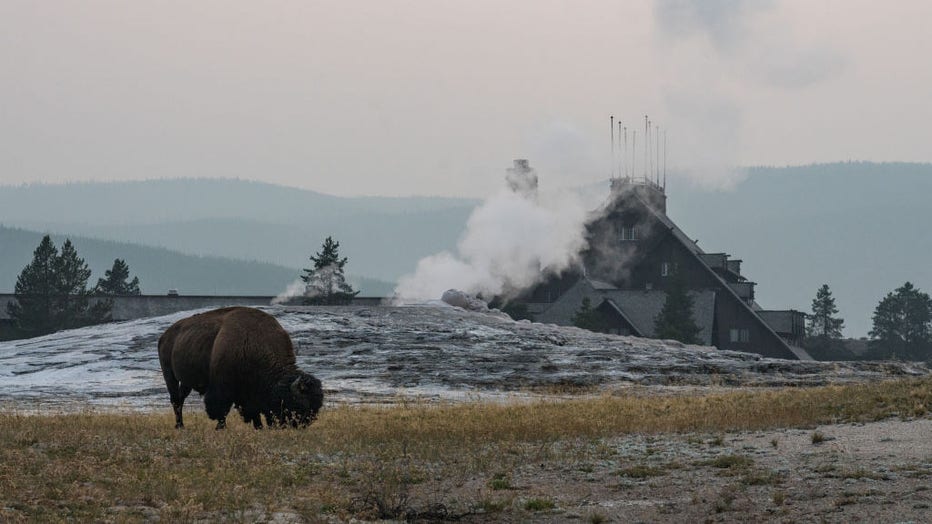 Yellowstone National Park, located in mostly Wyoming, as well as parts of Montana and Idaho, has over 10,000 hydrothermal sites and half the world's active geysers, according to NPS. It also has abundant wildlife, including 67 species of mammals — such as bison, elk, bears, wolves and more.

"Wildlife in Yellowstone National Park are wild and can be dangerous when approached," park officials said. "When an animal is near a campsite, trail, boardwalk, parking lot, or in a developed area, give it space."

Visitors should stay more than 25 yards away from all large animals, including elk, bighorn sheep, deer, moose, and coyotes, and at least 100 yards away from bears and wolves.

With many scenic wonders to enjoy, Yellowstone visitors are also warned to always stay on boardwalks and trails in thermal areas. All of Yellowstone National Park is bear habitat, including tourist areas like the boardwalks around Old Faithful.

"If need be, turn around and go the other way to avoid interacting with a wild animal in proximity," officials added.