Best places to cool off in DFW

With the temperatures stuck above 100 you may be looking for a place to cool off. Texas travel blogger Jessica Serna joined Good Day to share some of her favorite water getaways in and near North Texas. They include fun slides, epic waves and even a sandy beach.

DALLAS - With temperatures stuck in the 100s again this week, you may be looking for a place to cool off in North Texas.

Texas travel blogger Jessica Serna with My Curly Adventures shared some of her favorite places to splash out. 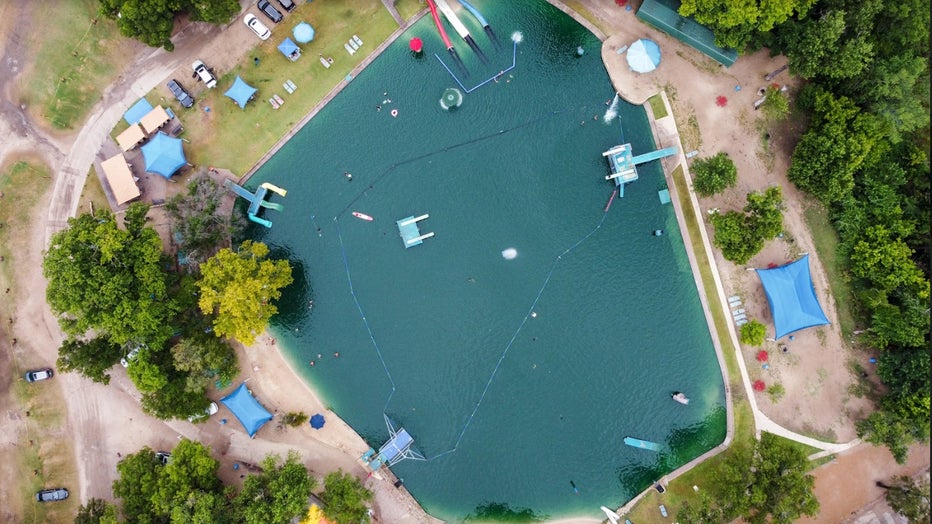 Burger’s Lake, which opened in 1928, is a swimming, swinging and sliding spot with sandy beaches in – believe it or not – Fort Worth.

"It’s beautiful. You get that trapeze where you’re going 25 feet into a natural, spring-fed lake. It’s just beautiful plus the slides. Then you have little mushrooms with the water coming down, little picnic areas for the family. So it’s such a fun thing to do close to Dallas and enjoy with the family when it’s so hot," Serna said. 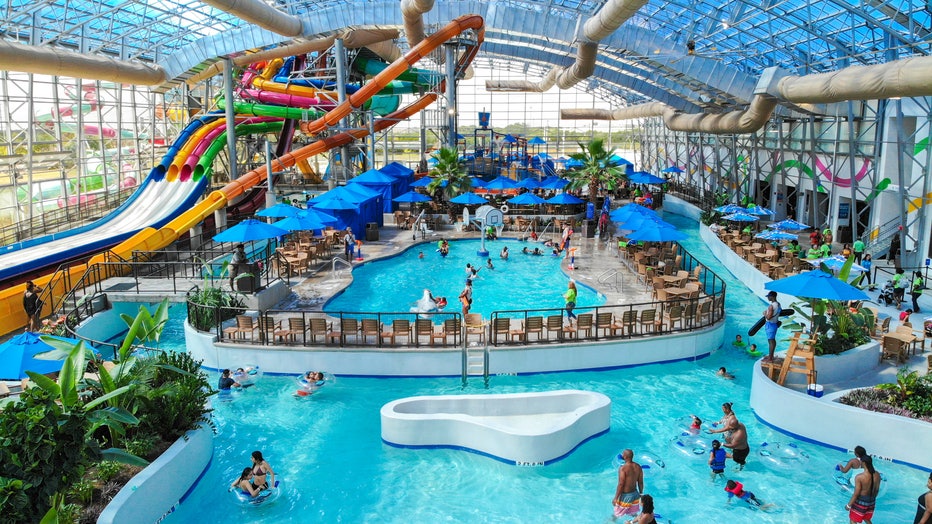 This water park in Grand Prairie is epic in part for being indoors.

Even though it’s still hot outside, Serna is already thinking about the colder months. Epic Waters is open year-round and even when it’s cold or raining.

"I’ve been in the winter and it’s just like you’re going from being cold and layered up to being in the tropics. It’s so warm and they have so much going on there," she said. 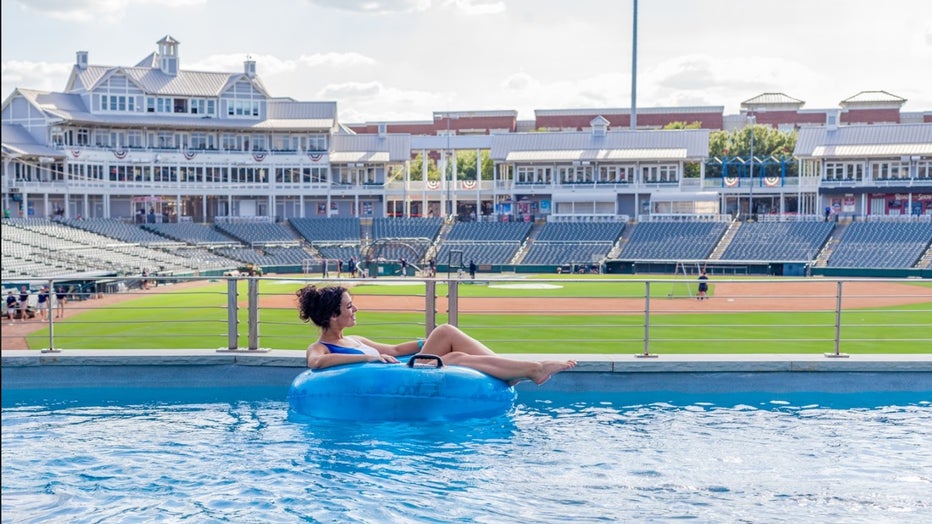 The coolest way to watch baseball is in the lazy river at the RoughRiders ballpark in Frisco.

Serna said she thinks every baseball park should have a lazy river.

"It’s cool because obviously you’re watching the game. You have a drink. They also have days you can go with the whole family but they also have adults-only days," she said. 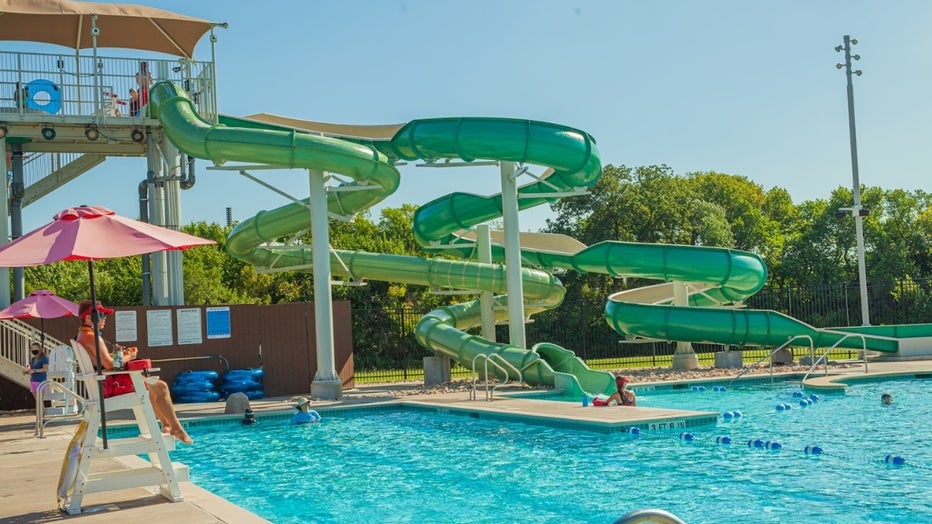 For the whole family, you can’t beat Jack Carter Pool in Plano. 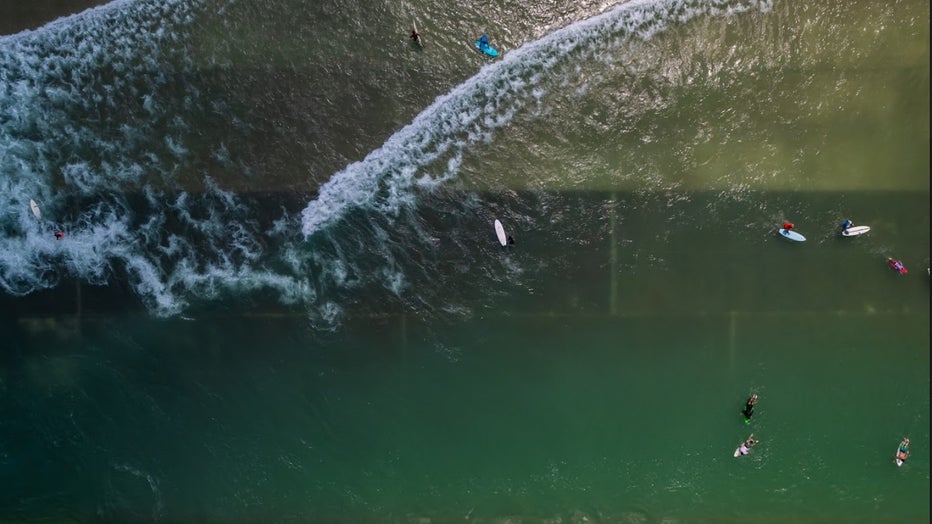 It’s a little further out but Waco Surf is definitely worth the trip.

Just finding a place to surf near DFW is hard and often the waves aren’t that big. Waco Surf is only an hour and a half away and has man-made waves for surfers of all levels.

"We started off with a beginner’s lesson which was really great and then we got out there. And every hour they change the wave levels. So, whether you’re a beginner or you’re an expert, you’re going to find the one and really get comfortable doing it," Serna said.

Even for those who aren’t into surfing, there’s a swim-up bar where people can enjoy a drink and watch some of the professional surfers do some amazing tricks.

You can find this list and more Dallas-area destinations at www.mycurlyadventures.com.