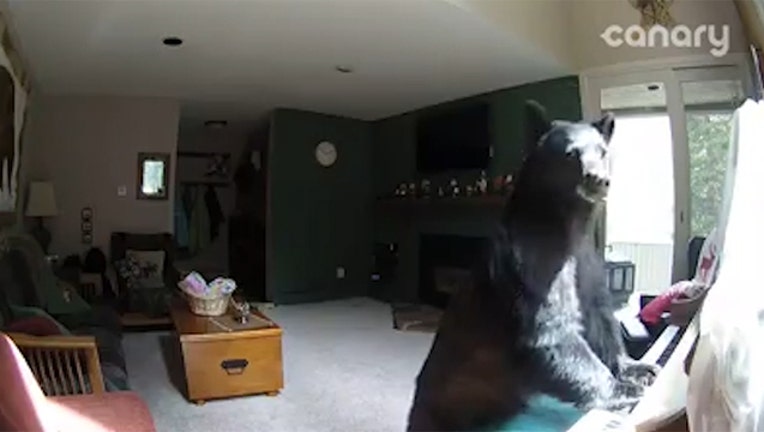 VAIL, Colo. (WOFL FOX 35) - Make yourself at home!  That's exactly what one bear did inside this residence in Colorado.

When homeowners returned to their home, they discovered that their kitchen had been trashed.  Assuming it was a burglar, they called the police, who eventually suspected that the intruder was an animal. That's when they inquired about home security surveillance and asked to review the footage.

A security camera was rolling as the bear roamed around the living room.  At one point, you can see the bear get up on the piano and look outside, striking the keys as it peered out the window.  The bear continued into the kitchen and into a bedroom.

Homeowners said the bear got in through an open window.