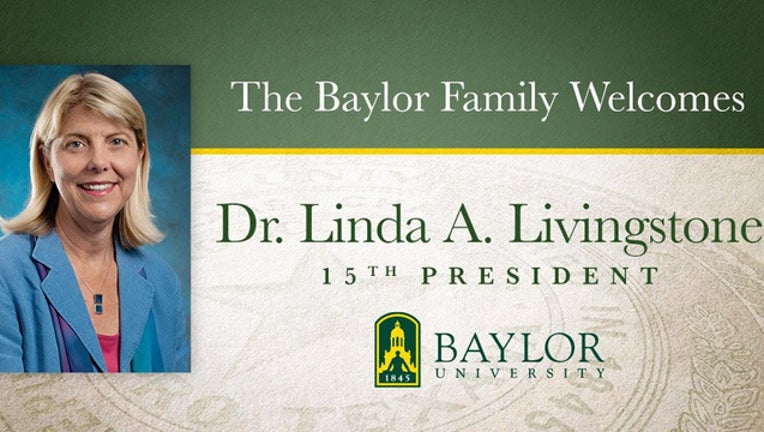 WACO, Texas (AP) - Baylor University selected a new president to guide the nation's largest Baptist school on Tuesday, picking the first female leader in its 172-year history as the campus wades through a sexual assault scandal that chased out her predecessor and led to several lawsuits and investigations.

Linda Livingstone comes to Baylor from George Washington University, where she is a dean and professor of management. Her academic career includes previous administrative and teaching roles at Pepperdine University and Baylor.

Livingstone returns to Baylor at a time the school faces federal lawsuits from more than a dozen women who contend that school officials ignored or suppressed their sexual assault claims and fostered a culture of rape within the football program. The school also faces a state criminal investigation and civil rights probe by federal education officials.

A Baylor investigation report in 2016 found the school mishandled sexual assault claims for years and the football program operated as if it was above the rules. Football coach Art Briles was fired and former President Ken Starr was demoted and later resigned. David Garland had been acting as interim president.

In a statement released by Baylor, Livingstone said she is "humbled and honored" to come back and said the 16,000-student school is "committed to excellence in all aspects of University life, while strengthening the Christian mission."

Baylor has also has been criticized by state lawmakers and wealthy alumni as being too secretive in how the school conducted its investigation and selectively releasing details of what it found.

Baylor initially released a 13-page "Finding of Facts" summary that found "institutional failure at every level," but it didn't include details of this failure. Months later, Baylor officials acknowledged that 17 women had reported being sexually assaulted by 19 football players.

In one of the lawsuits against the school, a woman who alleges that she was raped by two football players in 2013 said she knows of more than 50 sexual assaults by 31 players over a four-year period. The university and the law firm that conducted the internal review, Pepper Hamilton, are fighting subpoenas seeking the firm's investigation records.

As a private school, most of Baylor's records and its top-level meetings are exempt from the state's public information laws.